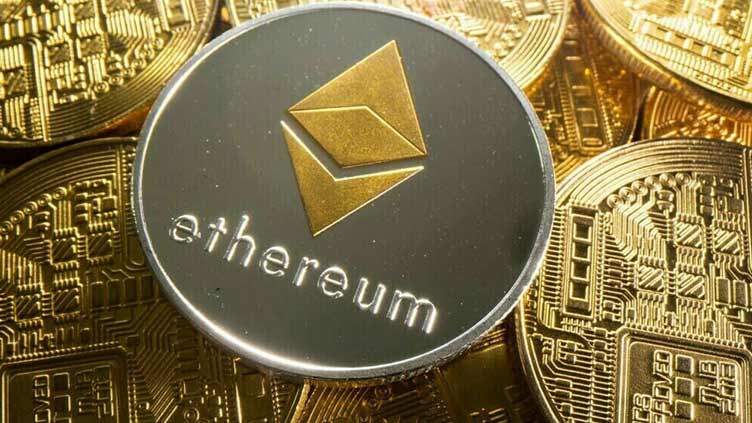 
Ethereum faces bitter opposition from those who lost out from the merge.

PARIS (AFP) – The biggest software upgrade in the short history of crypto has fulfilled its promise to wipe out more than 99 percent of the electricity used by the second-biggest cryptocurrency, experts have told AFP.

That is no mean feat, given that the Ethereum blockchain was burning through about as much electricity as New Zealand.

Sceptics had expected glitches with the upgrade, known as “the merge”, but it ended up being a “rather boring event”, according to Alex de Vries of the Free University in Amsterdam.

De Vries, whose Digiconomist website models the energy use of Bitcoin and Ethereum, said consumption had indeed plummeted by more than 99 percent on Ethereum.

Moritz Platt, a researcher specialising in crypto at King’s College London, said the 99 percent estimates were realistic and heralded a positive step towards “cryptocurrency sustainability”.

So the Ethereum blockchain, which supports billions of dollars of trading in games, tokens, art and the ether currency, has cleaned up its act.

But there are complications.

Ethereum faces bitter opposition from those who lost out from the merge and it could also get greater scrutiny from regulators.

The old system, known as “proof of work”, relied on people and firms to “mine” new coins — an industry worth $22 million daily before the merge, according to de Vries.

The miners used vast power-guzzling computer rigs to compete with each other to solve complex equations, and the winner was awarded the prize of adding entries to the blockchain and generating coins.

The merge wiped out their business model overnight.

“Those rigs do not magically turn back into invested capital,” said a crypto-miner known only as “J” who operates between Singapore and Hong Kong.

He said it was costing him between $30,000 and $40,000 a month to keep his staff and equipment idling while he thinks about his next move.

Plenty of miners have sold off their kit, while others are putting their rigs to work on less profitable blockchains that still use the old system.

A miner who uses the name Leon Ravencoin, for example, has been tweeting non-stop about the “astronomical” growth of Ravencoin, one of the currencies to get a boost after the merge.

The combined computing power used by these coins is around one-fifth of the pre-merge Ethereum blockchain.

However, de Vries said they generated only about $500,000 in daily revenue so only the most energy-efficient machines with the lowest energy costs would be able to make a profit.

– ‘Designed to be centralised’ –

Aside from the problem with miners, the new system, known as “proof of stake”, has several issues baked in.

Anyone willing to stake a large amount of ether can now “validate” new entries on the blockchain.

The more you stake, the more chance you have of updating the chain and earning coins.

The system gives an advantage to the biggest players, and just three companies now account for more than half of “validators”, according to research by Dune Analytics.

Cryptocurrencies were envisaged as a decentralised alternative to the banks, corporations and governments that failed so spectacularly during the global crash of 2008.

But crypto-miner J said the new Ethereum was “designed to be more centralised” and suggested it no longer had a real purpose.

Regulators have also begun to pay attention, with US Securities and Exchange Commission Chairman Gary Gensler suggesting proof-of-stake looked like a securities market that would fall under his remit.

The disaster scenario for Ethereum would be that enough disgruntled purists switch to one of the gas-guzzling proof-of-work alternatives, with Ethereum Classic being the main one.

“There is nothing capping Ethereum Classic prices,” said de Vries, meaning that miners could potentially make good profits if the market shifted their way.

A rush from the greener blockchain was “theoretically definitely possible”, he said.