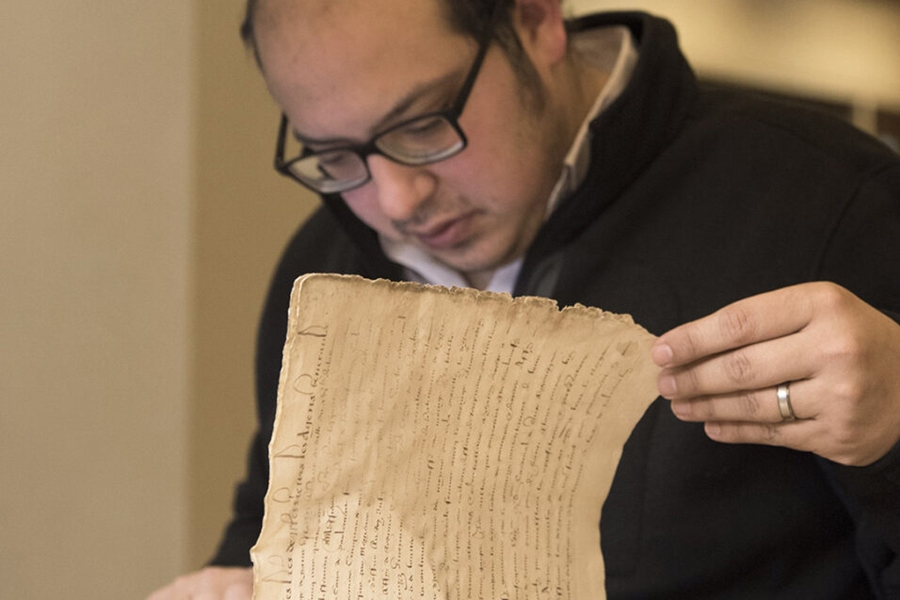 Historians of Great Britain, like those of many other nations, have increasingly set their accounts within a global frame, looking more broadly across the horizon for ways to understand developments closer to home. The approach is evident in a new historical anthology, Political and Religious Practice in the Early Modern British World, published by Manchester University Press in the United Kingdom and co-edited by Dr. Freddy Dominguez, associate professor of history at the U of A. Along with his co-editor, William J. Bulman, professor of history at Lehigh University, Dominguez brings together experts in the political and religious history of British, European and Atlantic world history to explore the ways in which the political nation expanded in pre-modern England.

Across 12 chapters, Bulman and Dominguez weave together cutting-edge perspectives on what Bulman describes as “the emergence of narratives of practice set in their English, British, European, Atlantic and global contexts.” More specifically, the editors draw together scholarship on political and religious practices in the Elizabethan and Stuart periods extending from the late 16th to the early 18th centuries. Some of these practices are familiar to students of politics and religion, such as managing war abroad, navigating political conflict at home or setting the rules for commerce. Others are seemingly more mundane, including the practice of “life-writing,” ballot-casting or annotating scripture. And others are somewhat surprising, including a chapter on Bible theft and another on the notion of political and religious celebrity. Together, they add up to a nuanced portrait of a complex public sphere emerging within Early Modern Britain and of an increasingly far-flung “British world” informed by events and practices on the continent and across the Atlantic. Moreover, the chapters offer interesting takes on the influence of debates about gender roles, early moves toward secularization and the slow turn towards majority rule.

At the U of A, Dominguez teaches courses on Early Modern Europe, Tudor-Stuart England and the wars of religion. In addition to his most recent work, he is also the author of Radicals in Exile: English Catholic Books during the Reign of Philip II, published by Penn State University Press. He is also completing forthcoming books on Luisa de Carvajal: The Politics of an Anglo-Spanish Life and Bob Dylan in the Attic: A Study in History, which will be published by the University of Massachusetts Press.