Transfer news: Manchester United, Ronaldo saga to end as Barcelona, Chelsea slug it out for Raphinha

It’s that time of the year when football teams from all around the globe try to bolster their squads while fans salivate at the prospect of dream signings and fantasy lineups. It’s the 2022-23 transfer season and it’s turning out to be quite a rollercoaster ride. And we have more than a month to go! So, strap in your seatbelts as we take a look at what promises to be a tumultuous season of signings, releases and everything that goes with them.

In the last week, a lot of deals took shape while a flurry of speculations spread across the internet like wildfire. A transfer season full of more twists and turns than your average pulpy thriller, this one has kept the fans on the edge of their seats.

Huge news broke on Saturday when the Times reported that Cristiano Ronaldo had asked to leave Manchester United should the Red Devils receive a satisfactory offer in the transfer window. The Portuguese superstar’s decision is said to be driven by a desire to play in the Champions League for the remainder of his career. Ronaldo believes that he has ‘three or four years’ at the highest level to win major trophies, according to the report.

Bayern Munich are said to be the favourites should Robert Lewandowski leave the club for Barcelona. A rumoured return to Italian club Juventus has also been going around.

United, though, have reiterated that he is not for sale.

Hijacks seem to be the flavour of the market as the biggest story coming out from the past week is the transfer saga of Manchester United and Tyrell Malacia from Feyenoord. According to reports, French club Lyon and Feyenoord had already struck a deal for the left back before Manchester United swept in and are apparently on their way of landing the player.

The second biggest hijack is Barcelona reportedly piping Chelsea for the signature of Leeds’ Raphinha. The London club and Leeds had already agreed on a €60 million euro bid for the forward but Barcelona have matched the offer. Raphinha, meanwhile, wants a Barcelona move as he has asked his agent Deco to block Chelsea’s advances, according to the Sun. It should be mentioned here that the initial fee was agreed by Leeds and Chelsea while Raphinha was yet to agree personal terms with the Blues. Leeds insist they only accepted Chelsea’s bid for £60m, as of now.

Barcelona president Joan Laporta, however, said on Saturday, “Raphinha wants to come to Barça. We have communication and have spoken with Leeds”. “What’s there is that there are other clubs that want Raphinha and are making their proposals,” he was quoted by Fabrizio Romano.

English giants Manchester United were unusually quiet during the initial phases of the transfer market but they have started to show intent with Tyrell Malacia from Feyenoord already confirmed according to Fabrizio Romano. United are apparently also favourites to land Lisandro Martínez from Ajax with Arsenal also in the hunt.

Tyrell Malacia will fly to Manchester on Sunday in order to undergo first part of medical tests and then sign the contract as new Manchester United player. 🚨🛩 #MUFC

Medical will be completed on Monday as club duties too, Malacia will sign until 2026-option for further season.

However, United’s Frenkie De Jong prospect took a hit when Barça president Laporta said that they have no intention of selling the player. “There are many clubs that want him, not just Man United. We have no intention of selling him, he wants to stay. “I’m going to do everything to keep Frenkie, but there’s also a salary issue and that would have to be adjusted,” he said in an apparent U-turn. The Guardian had recently reported that United had agreed a fee of €65m (£56.2m) plus add-ons for De Jong and negotiations are now centered around the player’s personal terms.

In more positive news, United are also on the verge of signing Denmark playmaker Christian Eriksen whose short-term contract with Brentford expired this summer, says the Daily Star.

In another piece of news which may not be as surprising is that Manchester United have contacted Paulo Dybala’s representatives to ask about his possible interest in moving to England, reported FCInterNews. Given that they might be losing Cristiano Ronaldo, Dybala may be a good fit in his place.

The biggest news coming out of Liverpool this week is not about acquiring some shiny new toy but the preservation of an iconic piece in their decorated present. After Sadio Mane left for Bayern Munich, there were reports that Mohamed Salah was also on his way out. So it came as a relief to the Merseyside faithful that their ‘Egyptian King’ decided to sign a new long-term LFC contract on Friday. Liverpool did not provide details but Sky Sports reported that the Egypt international had signed a deal until 2025.

The Blues are also looking to sign Nathan Ake and Oleksandr Zinchenko, both from Manchester City. (Twitter)

With Chelsea offloading wantaway striker Romelu Lukaku to Inter Milan on loan, a place has opened up in their ranks for a striker. According to the Daily Mail, talks between Chelsea and Manchester City over Raheem Sterling’s proposed switch to Stamford Bridge have accelerated significantly in recent days. There is a growing confidence of a deal being struck and an agreement is edging closer. This will probably push Hakim Ziyech out of the door to a possible loan switch to AC Milan. The Blues are also looking to sign Nathan Ake and Oleksandr Zinchenko, both from Manchester City. According to Italian journalist Alfredo Pedulla, Chelsea might also make a move for Juventus centre-back Matthijs de Ligt.

Neymar no more at PSG?

Neymar had signed a new contract with PSG 12 months ago. (AP)

Neymar is considering leaving Paris Saint-Germain this summer, according to ESPN, after finding out the club are happy for him to depart.

Neymar had signed a new contract with PSG 12 months ago and has five years left on that deal now after a clause was reportedly triggered to extend it until 2027.

ESPN also mentions that Chelsea are potential suitors as well as Manchester United, who according to 90min.com, have been contacted by the Brazilian’s agent.

According to Fabrizio Romano, Juventus will officially complete both Paul Pogba and Ángel Di María deals next week. “Two top signings to join as free agents, wanted by Allegri. It’s all done for Pogba, a matter of details for Di María to check contracts and then be announced as new Juve players,” he tweeted. 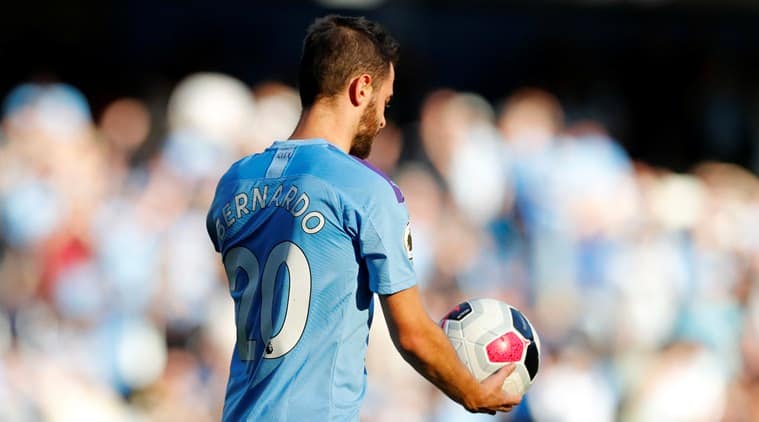 After signing Erling Haaland in the initial phases of the window, City are looking at losing midfielder Bernardo Silva, according to Sport. According to the report, the Portuguese star has given Barcelona a green light to swoop in for his services. With Chelsea reportedly on their way to securing Sterling and Fernandinho leaving, this may be another big blow to City. It’s not all doom and gloom for the Premier League champions though as they are very close in securing the services of Kalvin Phillips, who according to various reports, had his medical recently.

City and neighbours United are apparently also in a race to sign Bayern Munich’s Serge Gnabry who has turned down a new contract with Bayern Munich worth just over £200,000 a week, according to a report by The Sun.