Living Sky Wildlife Rehabilitation staff are getting a crash course in caring for an animal they’ve never had before — a badger.

“My friend who did raise a badger before, another rehabilitator, had said to me, ‘no cuddling,’ and I thought, of course, no cuddling. And then when I saw him, I said, ‘Oh, my God, I want to cuddle him,'” executive director Jan Shadick said.

On July 1, the centre got a call about a mother badger dead on the road near Tisdale, with three cubs nearby. From the photos the centre received, it looked like the cubs were in good shape, and late June is when they’d typically leave their mother, so the centre decided to let them figure out how to survive on their own, Shadick said.

However, the next day the centre got word that at least one of them had died and two staff members went to catch the survivors. They trapped the male almost instantly and found the other two dead, likely of starvation, Shadick said.

“I don’t have an easy answer. Just for whatever reason, two of them didn’t make it.” 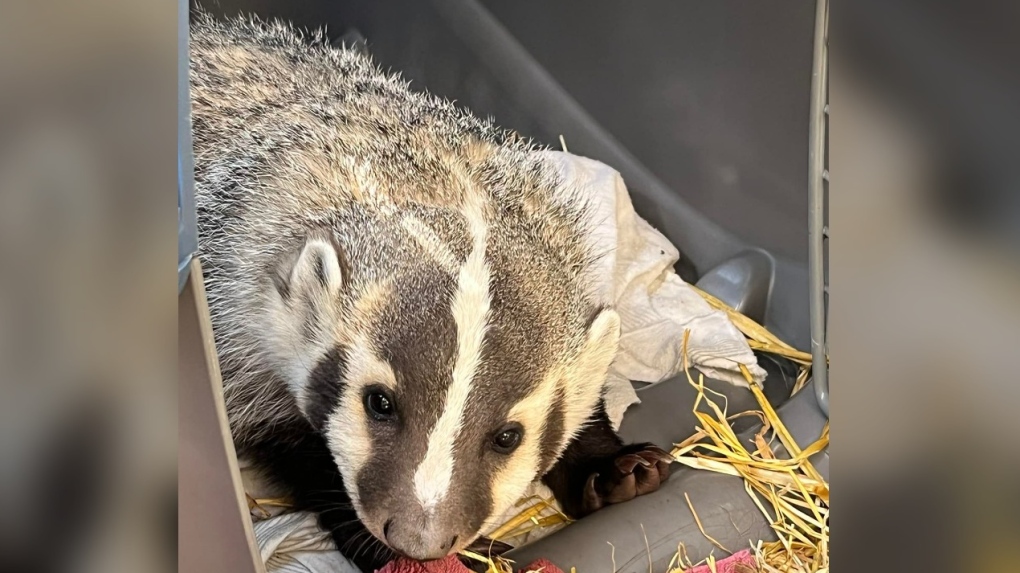 Now safe at the centre, the surviving badger, about the size of two footballs and with a lot of teeth and very large claws, is quiet and sweet — unusual for the species and due to him having been debilitated.

“I mean, if you give him a mouse, the ferociousness kind of comes out. If you scare him, he sounds really frightening. But otherwise, he’s just kind of hanging out and sleeping. I think he’s obviously quite traumatized by his experience. Probably feeling very relieved to be getting food and water at this point,” Shadick said.

The centre has had success rehabilitating similar predators such as young foxes, raccoons and hawks who struggled to learn to find food once they left their mothers’ care, she said. Ideally, they’d find a place to release him where they can keep an eye on him.

“I think we have kind of a teenage badger that looks like a full-grown badger except it’s a little small and it doesn’t have the skills yet to survive.”

Shadick also noted that many young animals are becoming more mobile this time of year; young badgers are particularly vulnerable because they hang out in ditches near the road, and porcupines are very slow-moving, she said.

She encourages people to slow down on the roads and watch out for wildlife to avoid hitting them, and to never use poison which is indiscriminate in which animals it kills.

Anyone who sees young badgers should leave them alone instead of trapping and moving them, she said.

“A lot of these animals don’t tend to stay in one place. Badgers are usually little wanderers, they follow the food and so wherever there’s food, that’s where they’ll go.”

“They’re very useful and beneficial. Everything has a place in the environment and badgers are no different. And so if we can learn to coexist with them, that would be great.”

MT: Markets buoyed by bad news and caving in