We look at what is being said and team news ahead of Friday’s four Betfred Super League matches, including the game between Leeds Rhinos and St Helens live on Sky Sports…

Sitting in Super League’s bottom three with just one win to their name and having been knocked out of the Betfred Challenge Cup by Castleford Tigers last Saturday, there could arguably not be a worse time for Leeds to be facing reigning champions St Helens.

Added to that is the Rhinos being in the midst of a search for a new head coach following Richard Agar’s decision to step down in the wake of the defeat away to Salford Red Devils in Round 6 of the league campaign.

Leeds great Jamie Jones-Buchanan is the man tasked with steering the club through this difficult period as interim head coach and his former team-mate Danny McGuire, now assistant to Tony Smith at Hull Kingston Rovers, understands the tough task facing him.

“If there’s one man who bleeds blue and amber more than me it’s Jamie Jones-Buchanan,” McGuire, who has ruled himself out of the running for the vacant role at Headingley, told Sky Sports News.

“He’s Leeds Rhinos through and through, he lives and breathes the club, and if Jamie can’t galvanise the players at the minute, I’m pretty sure nobody can.

“It is a fairly tough period for the Rhinos at the moment, but we had some tough times together throughout our period as players. “But we stuck together, believed in the process and came through the other side, and it does make you appreciate the good times a little bit more. But, at the minute, we can’t really see where the good times are coming from with a Rhinos hat on.”

Jones-Buchanan has one enforced change to his 21-man squad from the defeat to Castleford, with Max Simpson coming in for the suspended Brad Dwyer.

St Helens, who eased into the Challenge Cup quarter-finals with a victory away to Betfred Championship side Whitehaven, have Alex Walmsley back from a hamstring injury and Morgan Knowles is included too. However, Regan Grace misses out.

Meanwhile, skipper James Roby is also set to become only the fourth player in Saints history after Kel Coslett, Eric Chisnall and Billy Benyon to make 500 appearances for the club in the match at Headingley.

“It’s a real credit to him as a person and a player, and in terms of that drive and hunger he’s been able to sustain for so long. You’ve got to be special person and player to be able to do that.” 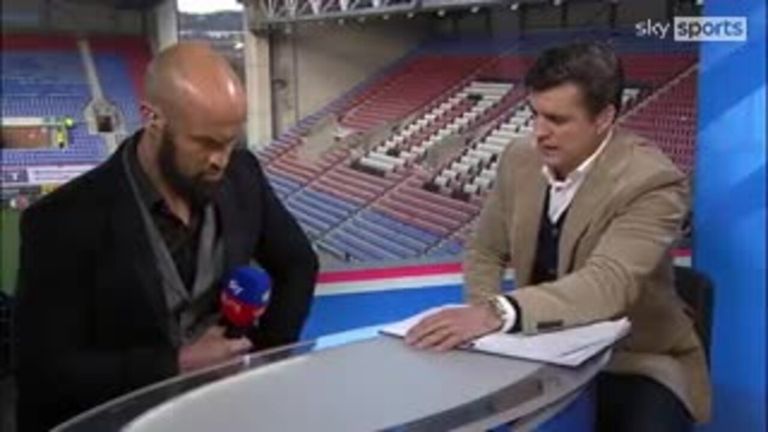 Fourth-placed Huddersfield and third-placed Catalans go into Friday’s match at the John Smith’s Stadium having been given scares by Championship sides in the Challenge Cup last weekend.

Last year’s Grand Final runners-up were pushed all the way by Featherstone Rovers in Perpignan, trailing at half-time before eventually emerging 27-14 victors.

Steve McNamara, who was awarded Super League’s coach of the month honour for March, wants to see a much-improved attacking display this week.

“I thought our attack was horrible,” McNamara said. “We had so much field position in the first half. It’s not just about your playmakers, the whole team needs to be on.”

The Dragons are still without suspended pair Mitchell Pearce and Jordan Dezaria, while Benjamin Jullien joins the injury list after suffering a concussion against Featherstone.

Huddersfield head coach Ian Watson has Theo Fages, Josh Jones and Jack Cogger at his disposal again after seeing a side with seven changes from the previous week’s defeat to Hull FC in Super League eventually overcome hosts Barrow Raiders 30-16 in their sixth-round Cup tie.

“We weren’t planning to run that way but there were a few niggles and we looked after a couple of players because we’ve got four games in 10 days coming up,” Watson said.

Lee Radford wants to see more of the same from Castleford as they aim to secure their second win of the Super League season at home to Toulouse.

The Tigers head coach was particularly enthused by the work his team did in defence to overcome Leeds in the Challenge Cup last Saturday.

Apart from James Clare coming in for the injured Daniel Smith, the same team is set to take to the field against the French side at the Mend-A-Hose Jungle and Radford hopes it is a sign of things to come.

“Defensively our line speed was as good as it’s been,” Radford said. “Our hits to peel out were fantastic, and that gives you an opportunity to go forward on the next play.

“Our ruck control was really good and having some blokes back in there who are better at it helps, it’s as simple as that.”

Toulouse, who did not enter the Cup this year, are without Latrell Schaumkel, Mathieu Jussaume, Gadwin Springer and Lloyd White due to injury, but head to Castleford buoyed by handing St Helens their first defeat of the year in their most recent outing.

Daryl Powell hopes some honest appraisals of the situation Warrington currently find themselves in will lead to a turnaround in fortunes for his squad.

The Wolves bowed out of the Challenge Cup at the hands of Wakefield Trinity last week, a result which saw them suffer their fourth-straight loss in all competitions.

They now travel to face a Hull KR team searching for their third win of the Super League season and head coach Powell knows improvements are needed in key areas.

“Our defence is incredibly soft, and we get rattled so easily,” Powell said. “I don’t think at any point this season we have handled being put under pressure.

“It’s still early enough in the season to fix it up, so we have had an honest chat that what we are serving up is not good enough and we have to do something about it.”

Warrington captain Jack Hughes and Joe Bullock both return for the visitors, while Tony Smith has Lachlan Coote available for the visit of his former club after the full-back missed the Cup win over Leigh Centurions.