Opinion – I’ll always remember the last time I watched sport as a fan. Like many kids in this country, I’d grown up with posters of my heroes on the wall. 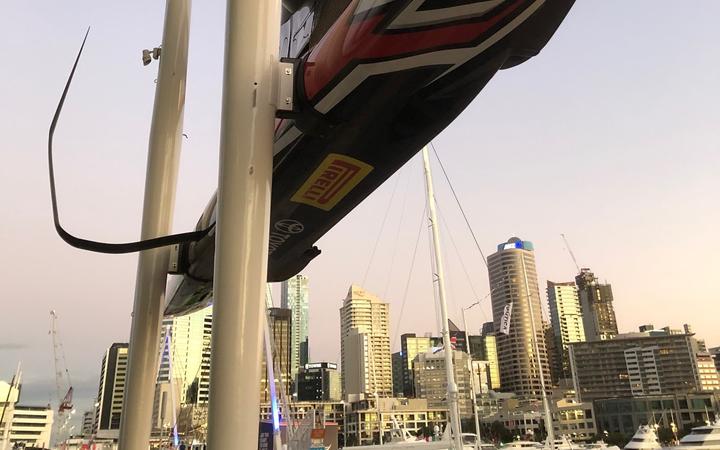 I’d sit and stare at the images of Martin Crowe, Richard Hadlee, Glenn Turner, Mark Graham and Olsen Filipaina for hours at a time, taking in every detail and wishing some of their magic might rub off on me.

Later, it was bands and singers who adorned the walls.

Where the athletes had been idols, the musicians were more an affectation to make me appear interesting.

Not because my sporting heart was broken, or anything like that, just because I actually had to become a grownup and get a job and put all the boyhood fantasies to bed.

But what a way to go out.

I’d cobbled together the money to follow the Black Caps on their four-test tour of England. Stephen Fleming’s team eventually won the series 2-1 but, in absolute fairness, could’ve won 4-0 had it not been for the 99 not out of nightwatchman Alex Tudor in Birmingham and then rain at Manchester.

So much of that tour remains vivid for me. The individual milestones, the begrudging way Bob Willis handed Fleming the series trophy at The Oval, the continual sheep jokes in the crowd and weird abuse for Daniel Vettori because he looked like “a f’ing student.”

Most of all I remember Chris Cairns and Dion Nash and their unstinting effort.

When things looked grim or in the balance, such as in the final test of the series, one or the other would lift themselves again. Cairns whacked Phil Tufnell into the pavilion time after time, to give New Zealand a total to defend, then Nash knocked over England’s batsmen when it looked as if the hosts might overhaul the target.

Years later, when Cairns was embroiled in a corruption case, my then-boss suggested I try and find a couple of former teammates who might offer some words in Cairns’ defence.

Most of Cairns’ peers had turned against him, but not Nash.

No, in the same whole-hearted way that he always played his cricket, Nash told me he believed in Cairns, had given the best years of his life to winning cricket games for New Zealand with Cairns and would support him no matter what.

Cairns was incredible in 1999. The crowd at Lord’s actually booed him a bit, when they saw replays of the way he’d bowled Chris Read (comically) and Graham Thorpe with slower balls.

Such was the level of deception, that the bemused England supporters thought Cairns must have cheated.

No, he was just too good.

What’s the point of all this? To say that I do understand what it is to be a fan, but also to note that a time comes when you have to grow up.

A time when it’s appropriate to round up all your flags and posters and replica jerseys and chuck them in the bin. A time to realise that your New Zealand-ness is an accident of birth, rather than your defining characteristic.

A time to treat sport as just another thing on your phone or laptop or television, instead of something to rest all your hopes and dreams upon.

I talk, of course, about the America’s Cup and where its next iteration will take place.

Nothing has baffled me more in my life, than the sight of grown adults living and breathing the results of America’s Cup sailing. Honestly, of all the things to care about.

But that’s nationalism for you. It’s irrational and so has been some of the reaction to news that this event is off to Barcelona.

The hurt feelings, the confusion, the blow to national pride – it’s absolutely comical.

Taking the cup to Barcelona, I’ve heard and read, is proof that this event is just about money. It’s not about sport, it’s not about patriotism, it’s just greed. Wow, now there’s a newsflash.

I’m sorry, but if being flag waver in-chief is part of your reporting repertoire, then you’re in the wrong racket.

But that’s the America’s Cup for you. It does strange things to otherwise sane people and, frankly, I look forward to the day when it’s no longer a national obsession.

We’re in the midst of an increasingly-deadly pandemic here and people are hissing and moaning about an America’s Cup venue? Honestly, we’ve got our priorities all wrong.

Sport is tremendous. It’s great to play, occasionally good to watch but it shouldn’t cause you to take leave of your senses.

As long as I live, I’ll never understand the hold that the America’s Cup has over New Zealand.

Health of the Nation: Investment needed to secure the future of general practice

Health of the Nation: Investment needed to secure the future of general practice