Gareth Southgate hit out at England supporters who booed Harry Maguire before the win over Ivory Coast, while Jack Grealish labelled the abuse “ridiculous”.

Raheem Sterling scored one and set up another for Ollie Watkins before Tyrone Mings headed in with the final touch of the game as England eased past 10-man Ivory Coast 3-0 at Wembley.

However, there had been a big talking point before kick-off when Maguire’s name was booed when it was read out.

The Manchester United captain is enduring a difficult season with his club but Southgate called the abuse for a player who has helped England to a World Cup semi-final and European Championship final “a joke”.

“I thought the reception was a joke. An absolute joke,” Southgate told Sky Sports. “What he’s done for us and the way he has performed for England has been phenomenal. I don’t get it. 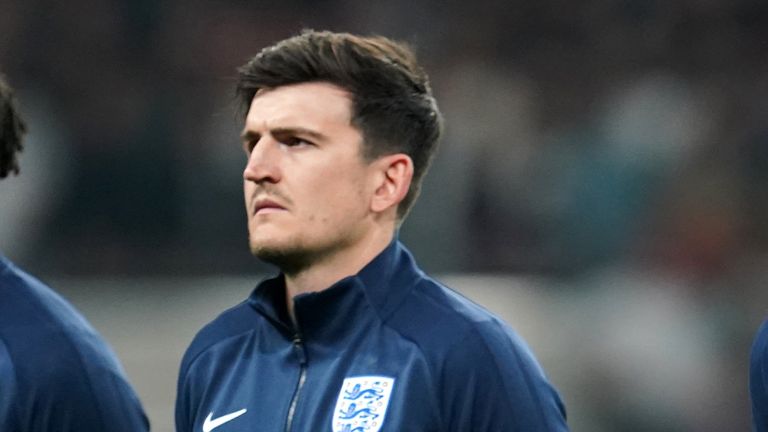 “He was pretty faultless, stepping out from the back for the first goal and was involved in the second goal. This team is totally united. We recognise people have difficult moments but he’s top player and will come through it.

“They are real England fans. And some are influenced by whatever, I don’t know if it’s social media, players that have played previously that are influencing opinion… Obviously his club situation is difficult but he’s in an England shirt.

“I remember a few decades ago when some players were booed in an England shirt – it’s never been acceptable. I’ve never got it. Why would people play any better? Fans should always get behind their team.”

England captain Harry Kane added on social media: “We’ve worked hard to rebuild our connection with @England fans in the last few years so to hear @HarryMaguire93 booed at Wembley before kick off was just not right.

“The fact that he’s been brilliant on the pitch and given us all so many great memories makes it even harder to understand. He doesn’t deserve that reception. He’s got full support in the changing room and should have the same from every England fan.”

Maguire’s name was sung during the match by supporters and Southgate accepted it wasn’t a case of everyone turning on the defender but he insisted England will need Maguire at his best if they’re to do well in Qatar.

“It becomes mob mentality. At one end of the ground, we’ve got a hardcore section of fans playing his song. I’m very aware it’s not everybody. But we’re either all in it together or we’re not,” said Southgate.

Highlights of the international friendly between England and Ivory Coast at Wembley.

“Don’t think for one minute the other players won’t be looking at that thinking, ‘that could be me one day’. And that’s been one of the problems with playing for England. Players have thought, ‘do I want to go because when it turns a little bit difficult the crowd are going to turn on me’. That happened with John Barnes here, it happened with Ashley Cole, with Raheem. And now Harry. They’re all outstanding players.

“We need Harry Maguire playing well to even have a chance of doing well. We’re not going to win a World Cup with players with three or four caps. That’s not happened in the history of the game. We need our experienced players playing well, especially in those types of positions.

“In my opinion, he’s the best centre back at his club as well. It’s ludicrous. Every time he steps onto a football pitch every action is analysed to death. I can’t remember a player having that sort of spotlight on him.” 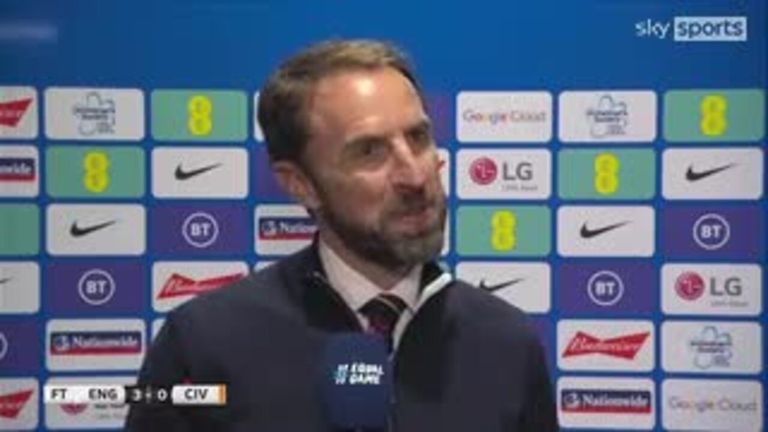 That sentiment was echoed by Maguire’s team-mate Jack Grealish who said the team didn’t like it.

“Personally I think it’s ridiculous,” said Grealish. “Even tonight he was brilliant. Our first two goals, first one him driving out with ball, second one driving a bit and passing to Ollie. Not every centre-back can have those qualities.

“He’s been a fantastic servant for his country and it’s ridiculous for him to get booed. It wasn’t something the team liked. Harry’s a strong-minded person. His performance tonight will have done him the world of good. It will only spur him on. It’s not nice to hear but you’ve got a job to do.

“We had a brilliant relationship with the supporters last year at the Euros and we need to keep it like that into the World Cup.”

With the World Cup draw to come on Friday, Southgate says England are in a position now where they will be among the favourites to lift the trophy in Qatar.

However, he says his team will have to learn lessons from their past mistakes – including an error in the friendly with Ivory Coast.

“We are one of a group of teams who can win the World Cup,” said Southgate. “We’ve got to be faultless to do that. It’s an exciting group of players to work with but we have to keep pushing.

“Even today at 2-0 we give a poor foul away and a free-kick they should score from. You can’t afford those aberrations of concentration. But generally across the week, I’ve been really pleased.”

And reflecting on the prospect of going to the World Cup with that possibility, Southgate said he has different feelings towards the competition compared to the previous World Cup in 2018.

“Now we have more evidence of results and more expectation,” he said. “It’s a different sort of feeling but it’s still a tournament we all watched as kids, filled our wall charts out… and it’s a unique chance to make history. That’s massively exciting.”

“It was really strange, wasn’t it? We’ve seen so many players come out and condemn it and I think it surprised them too.

“You can understand United fans being frustrated with his performances this season, there have been some really bad showings from the United unit as a whole, and he’s the captain there. But you expect there to be a separation when he’s in an England shirt, and everybody at Wembley to be behind them.

“It’s worth noting there were fans singing his song during the game, so it’s not like the whole stadium was against him, but it was just a bit of an odd reaction for a player who’s been so important to an England team that’s done so well in recent years, and one that’s connected so well with the fanbase over the last few years.

England have booked their place at the 2022 World Cup finals in Qatar – but what are the key dates and kick-off times?

Who else has qualified, when’s the draw and who is seeded? And what’s happening to the Premier League when the World Cup is on?