Northern Ireland captain Steven Davis is looking to take another step towards full fitness when Ian Baraclough’s side face Hungary in a friendly at Windsor Park on Tuesday night.

Davis came off the bench to score in Friday’s 3-1 win over Luxembourg, clocking just under half an hour in only his second appearance for club or country since January 12 due to injury, and is now expected to start on Tuesday.

“It was really nice to get on the pitch and build up fitness,” Davis said. “It’s been a good week for me so far, hopefully I can get some more minutes tomorrow and take another step in the right direction.

“Physically I feel good, the injury has felt good.”

Davis has been in and out of the Rangers squad in recent weeks as he has dealt with niggling injuries, but his only appearance in the last two months was a brief cameo in the 5-0 rout of Hearts.

“It’s always frustrating,” the 37-year-old said. “I’ve missed out on some big games and just when I felt I was getting myself back to a good position I’ve picked up another injury. It’s part and parcel of football. 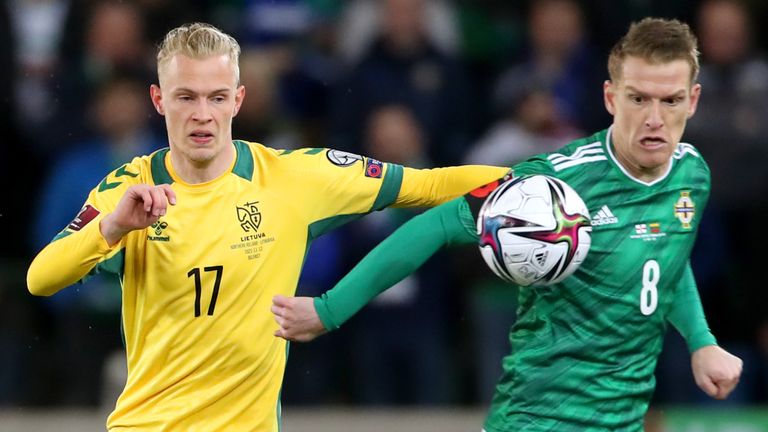 “The good thing is they’ve been minor injuries but it’s been two consecutively on the bounce.

“The key for me is to get back into a rhythm of training and hopefully get more game time on a regular basis because that’s what my body has been used to.”

Davis’ return to the side is likely to be one of a number of changes that Baraclough makes to the side that started against Luxembourg. 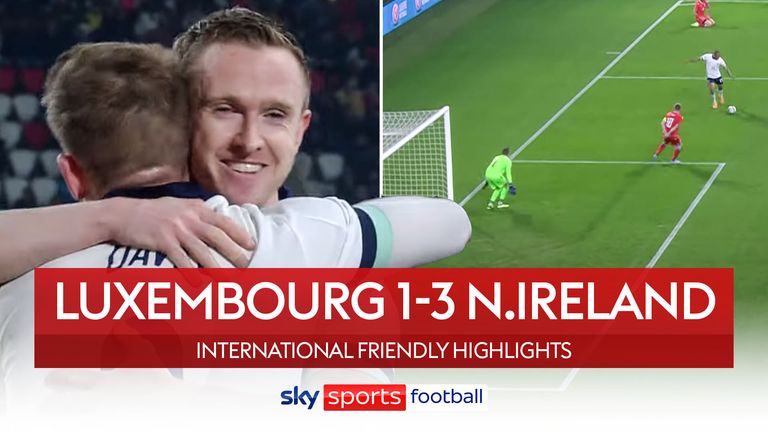 Highlights from the International Friendly match between Luxembourg and Northern Ireland.

Jonny Evans has returned to Leicester as planned after clocking an hour on Friday night, but Paddy McNair and Bailey Peacock-Farrell are available again and the likes of Ali McCann and Dan Ballard will be hoping to start.

“We want a positive performance,” Baraclough said. “We’re going to make changes and we’re going to freshen it up a bit but we still have to have that intensity in game irrespective of opposition.

“Hungary are going to be sterner test, no disrespect to Luxembourg, but we’re going to have to be bang at it.”

Watch Northern Ireland vs Hungary live on Sky Sports Mix on Tuesday from 7.40pm; kick-off 7.45pm. Full match highlights will also be published on the Sky Sports digital platforms and the Sky Sports Football YouTube channel at the final whistle. 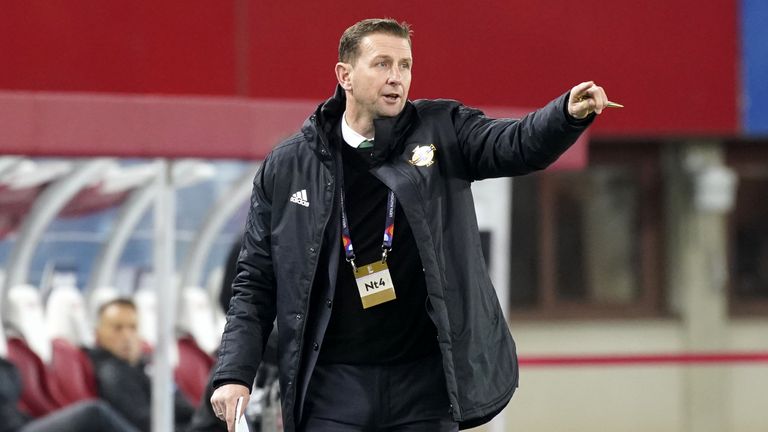 Northern Ireland manager Ian Baraclough believes Hungary will be a much harder test than Luxembourg.