Wellington clinicians say the capital’s youth mental health service is desperately short staffed and has all but collapsed. 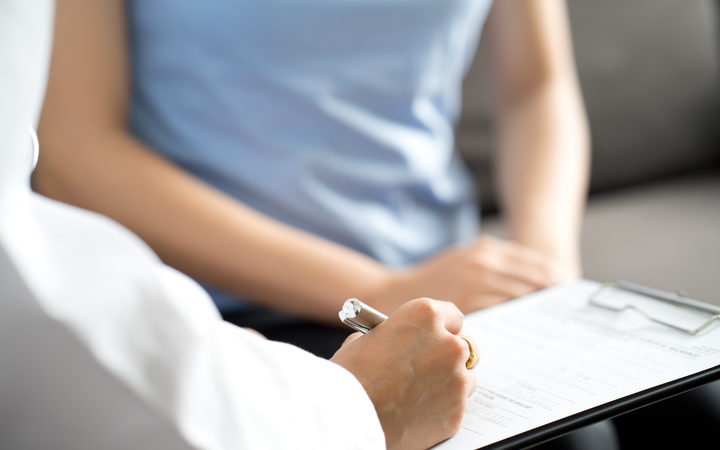 RNZ reported last year about patients facing long wait times at a number of Wellington mental health services – with demand having ramped up amid a lack of clinicians.

Since then it appears the situation in Wellington’s child and adolescent mental health service – called CAMHS – has “deteriorated significantly” with an exodus of staff.

RNZ understands it is currently operating at about a third of normal capacity – blowing out wait times for patients.

A Wellington clinician RNZ is calling *Katie describes it as a “catastrophic collapse of the service” leaving the “very real chance some young people could die as a result”.

She said clinicians were having to postpone treatment for unwell and risky clients already on their books to treat newcomers with more acute needs.

The service’s parent organisation, the Mental Health, Addiction and Intellectual Disability Service (MHAIDS), said there was a surge in referral numbers since the pandemic – which came amid a nationwide shortage of clinicians.

It said it was working incredibly hard to recruit staff, and has some new hires coming onboard soon.

CAMHS currently has eight full-time equivalent clinical vacancies for its team of 20.

RNZ’s question about how many of those 20 FTEs were admin and support workers went unanswered.

Clinicians said their deep fear was that a young person would commit suicide or badly injure themselves while waiting for treatment.

One worker RNZ is calling *Penny said wait times to initially assess someone with moderate needs had gone from about five weeks a couple of years ago to sometimes six months or more now.

Clients may then face a similar delay before treatment can actually start.

MHAIDS figures released under the OIA showed mean wait time for first contact went from about 10 weeks in 2020 to 13 weeks last year.

Patients could then wait at least that long again to get their first face-to-face meeting.

Mental health worker Katie said not only was there increased demand but there was a larger number of young people presenting with more acute needs.

That, combined with fewer staff, meant each clinician had a greater ratio of severe cases on their book, and those who still had serious needs were bumped further and further down the list.

Katie said leaving serious mental illness untreated for any length of time can be damaging – particularly for young people who were still developing.

She said it could have a severe flow-on effect for families.

RNZ has previously reported on parents having to quit their jobs to care for their children, many who are not in school while they are waiting for treatment.

Clinicians described their “overwhelming dread” and feeling sick with stress before coming onto shift.

One said it was just “constant crises and putting out fires”.

They said having such a high proportion of severe clients was also incredibly emotionally difficult.

Clinicians said they had been pleading with management for more support for over a year, but felt the message had been they basically needed to work harder.

MHAIDS said there were regular meetings with staff to discuss “safety and resourcing challenges”.

It also said it met with a “small group of staff” and their union last year about the shortages and how this could negatively impact both staff and the clients.

But clinicians told RNZ they feel management response to the situation had been too slow.

Everyone RNZ spoke to were at pains to say staff were incredibly dedicated and worked very hard.

It was in the process of appointing a fourth position and is actively recruiting for the other vacancies.

She said the Wellington service was also getting help with urgent cases from other CAMHS teams in the region.

It had also signed a contract with independent mental health provider and it was seeking opportunities with other NGOs.

Bergquist said she was aware that was not a long-term solution but it allowed routine treatment to continue, freeing up the service to take on new clients.

The service was working hard on a large programme of work to improve its services, reduce wait times and increase staff, she said.

The region’s DHBs say they are making progress with a comprehensive recruitment and retention strategy – focused on international recruitment, and return-to-work programmes.

* RNZ has agreed not to name people spoken to for this story.

Where to get help:

Need to Talk? Free call or text 1737 any time to speak to a trained counsellor, for any reason.

If it is an emergency and you feel like you or someone else is at risk, call 111.