Two days after Barbara Whittington underwent emergency surgery at Victoria General Hospital, the only bed for her was in a busy hallway.

Welcome to the Tyee’s 2021 Impact Report

Curious about what our journalism accomplished and how we’re progressing? Dive in.

On the phone from that bed Thursday morning, the retired professor of social work said that while such treatment may have become commonplace in British Columbia hospitals, it is a symptom of an overstretched system and should never be accepted as normal.

“When I was stuck in the hall, I felt like a piece of shit,” Whittington said.

On the Sunday, after two weeks of her experiencing excruciating headaches, a surgeon had drilled four holes in her skull to release the pressure from a subdural hematoma, or brain bleed.

While there was a private room available ahead of and immediately following the surgery, on the Tuesday she was moved to the hallway and remained there until she was discharged Thursday afternoon.

Whittington had been deemed too sick to go home, but too well to stay in a room other patients needed more than she did. Nor did she meet the criteria for a Hospital at Home program the health authority offers that allows some patients to remain registered with the hospital while receiving tests and other care at home.

One of her adult children, Ian Whittington, wrote on Twitter the situation was a catch-22 and the result is “she sleeps between the ice machine and the room where they dump the bedpans.”

“The doctors and entire care team were trying hard to ensure she had a care plan in place before discharging her,” he said in a direct message to The Tyee. “It’s just that she fell between the cracks of a system that doesn’t accommodate people whose needs fall somewhere between critical and moderate.”

Being in the hallway was dehumanizing, so Barbara Whittington made a note to display giving her name and asking people to please say hello. “Let us be human in this daunting healing place,” she wrote.

Several of the staff who responded to the message cried, said Whittington, who took the tears as a sign that they were stressed and well aware of the system’s shortcomings and how those failures affect the people they are trying to care for.

A statement from Island Health, which manages the hospital and other facilities in the region, said that when sites are extremely busy some patients are cared for in temporary places, including hallways. “We know this is not ideal, and we apologize.”

Hospitals throughout the region and across the province are incredibly busy and have ongoing challenges with capacity, especially with the COVID-19 pandemic and seasonal illnesses affecting the population, the statement said.

“We never turn patients away and our goal is always to deliver high quality, culturally-safe care in an environment of continuous improvement.”

Health Minister Adrian Dix was unavailable for an interview.

As opposition health critic more than 15 years ago Dix criticized how “hallway medicine” was becoming standard practice and blamed it on the government’s failure to spend more on acute and long-term care beds.

“This idea that you’re in your hospital room and that you can be moved out into the hallway when clearly you’re there because you need care is a very serious situation,” Dix said in 2006. “I’m not blaming the people at the hospital for dealing with an impossible situation the best way they can. But I am saying this development of hallway medicine is really a problem.”

Rumbles of a health worker exodus

While many of the strains on Canada’s health-care system are long-standing, they have become even more severe in the two years of the COVID-19 pandemic. Patients, health-care workers and provincial premiers describe a system showing every sign of breaking.

The Hospital Employees’ Union, which represents more than 50,000 workers, last week released survey results that found three-quarters of their members had experienced burnout related to the pandemic. One out of three respondents said they were likely to leave health care within the next two years.

The B.C. Nurses’ Union has warned of a staffing crisis and called on the provincial government to do more to help retain nurses and address workplace safety.

Another health care union, the Health Sciences Association, last October released a report We’re Chronically Understaffed: A Report on Public Rehabilitative Care in BC that highlighted the crunch workers including its 20,000 members faced.

“Rehabilitative care is essential public health care,” the report said, adding the services had been eroded over decades. “The result is staffing shortages, a lack of services in many communities, and long wait times for patients and clients, including children and their families. The staffing shortages crisis is taking a toll on patients and frontline professionals.”

The HSA represents a wide variety of professionals working in the health care system, including physiotherapists, medical imaging technologists, pharmacists and dietitians.

Threats the report identified included a rise in private facilities drawing workers from the public system.

“The report’s showing us it’s not really sustainable if it keeps moving in this direction, both in terms of the cost to the public and making that situation with our shortages worse,” HSA President Kane Tse told The Tyee last fall. “What we’re looking for is action on three different things: training, incentives to stay in the public sector and compensation.”

For patients, even finding a family doctor or other primary care provider is a challenge.

When the NDP formed government in 2017, an estimated 760,000 British Columbians weren’t attached to a primary care provider, the people who provide basic care and act as gatekeepers to the rest of the system.

Despite the government’s efforts to reform primary care, Health Ministry records obtained through a request under the Freedom of Information and Protection of Privacy Act show the government projects the number of people unattached to a provider will grow this year to more than 900,000.

It’s a gap that corporate providers have sought to fill, leading opposition Green MLAs to warn of the danger of rising two-tier health care where better access to care is available to those who can pay for it.

The incoming president of the B.C. Orthopaedic Association, Cassandra Lane Dielwart, was quoted by the Canadian Press last week saying patients have to wait too long for surgery, leading some to become addicted to painkillers.

Even the provincial government’s official position is that the system is under threat.

“Today, the provinces are paying nearly 80 per cent of health-care costs,” said Lieutenant Governor Janet Austin delivering the speech from the throne in February. Decades ago the cost had been split evenly with the federal government.

“If nothing is done, our share of the cost will keep increasing,” Austin said. “This is not sustainable.”

The overall impression that the system is falling apart is one B.C.’s Premier John Horgan says he shares.

Asked at the time of the throne speech if the government risked undermining public confidence in the health-care system, Horgan said the system really is already under deep stress.

“The system is undermined right now,” said Horgan, who himself received treatment for throat cancer starting in the fall.

“It does not have sufficient resources to meet the expectations of the public,” said Horgan. “It’s about knee and hip replacements, it’s about diagnostics, it’s about treatment for cancer, it’s about a whole host of things that are being rationed because we don’t have the resources.”

The province on its own cannot sustain increases of eight or nine per cent a year, he said, stressing that the federal government needs to spend more “so we can keep public health care on track.”

The spending pressure is not, however, quite as bad as Horgan suggests.

B.C.’s February budget documents show that from 2015 to 2025 the average annual increase in health spending is 4.8 per cent. In each of the next two years the province projects spending on health to rise at 2.8 per cent a year.

When expressed as a percentage of the province’s nominal gross domestic product — an indication of what could be afforded considering the growth in the economy — health spending is in fact dropping by half a per cent a year on average.

Still, at $27.7 billion this year, health spending makes up about 40 per cent of the province’s budget and there’s no doubt that like other provinces B.C. would like the federal government to pick up more of the tab.

That call was at least partially answered Friday afternoon when the federal government announced it was adding $2 billion in health transfers to “further help provinces and territories to address immediate pandemic-related health-care system pressures, particularly the backlogs of surgeries, medical procedures and diagnostics.”

B.C.’s share of the one-time federal spending is $272 million, or about one per cent of what the province spends on health care each year.

The new $2 billion is in addition to the $45.2 billion in health-care transfers to the provinces and territories planned for 2022-23, making it about a 4.4-per-cent increase. Earlier in the pandemic the federal government added $4.5 billion to the Canada Health Transfer. 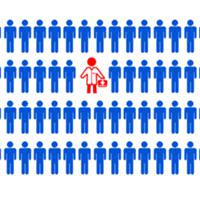 My Doctor Dumped Me. Here’s Why That’s So Common

The announcement quoted federal Health Minister Jean-Yves Duclos saying, “This is a significant first step on the road to addressing the major health-care challenges lying ahead of us, including repairing the damages caused by the pandemic and upholding the principles of universality and accessibility that are so dear to Canadians in the long-term.”

Since 2017 the federal government has increased health transfers by at least three per cent a year, tying further increases to the change in nominal GDP.

The premiers want the federal government to cover 35 per cent of the total cost of health care, which would mean raising the transfers by $28 billion this year and maintaining that higher spending in future years. 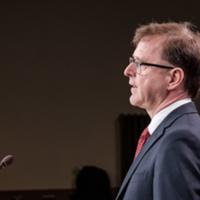 Is Two-Tier Health Care Growing in BC?

When an advisory panel on health innovation for the federal government made its report in 2015, they concluded that while some well targeted investments were needed, the bigger problem was a lack of federal leadership.

At the time the panel’s chair, David Naylor, a physician and medical researcher who formerly served as president of the University of Toronto, told The Tyee, “Like it or not, Ottawa can’t simply throw money over the wall and walk away.”

According to the Canadian Institute for Health Information, in 2019 Canada spent 10.8 per cent of its GDP on health. That was a couple per cent more than the average for countries in the Organisation for Economic Co-operation and Development, and similar to many peer nations.

That more spending is needed was the conclusion of Whittington’s son Ian as well.

“The nurses and care aids are being phenomenal,” he wrote on Twitter. “But they are at their breaking point. There is not enough money, space, or people. The pandemic has pushed a chronically under-resourced system to the brink.”

Both the B.C. government and the Canadian government need to do better, he said.