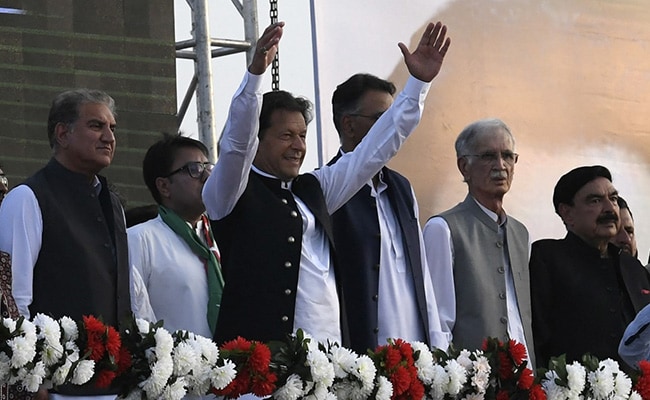 Thousands of Pakistanis gathered in the capital Islamabad on Sunday to rally behind the country’s beleaguered Prime Minister Imran Khan who is facing a no confidence vote in parliament.

The former cricketing star is accused by the opposition of mismanaging the economy and foreign policy in the most serious challenge to his leadership since coming to power in 2018.

Political analysts say Mr Khan has lost the crucial support of the country’s powerful military, while a spate of MPs from his ruling Pakistan Tehreek-e-Insaf party have said they will defect.

Addressing a rally attended by supporters who were bussed in from around the country, PM Khan claimed he was the subject of a “foreign conspiracy” aimed at dislodging his government and that “funding was being channelled into Pakistan from abroad”.

Asad Umar: It looks like we will come with 2/3 majority next time

Testimonials by @Asad_Umar and @FaisalJavedKhan after seeing the Epic Jalsa Crowd from the main stage! #IamImranKhanpic.twitter.com/14Lbg9mCIp

“We have been threatened in writing but we will not compromise on national interests,” he said, without offering evidence or details. 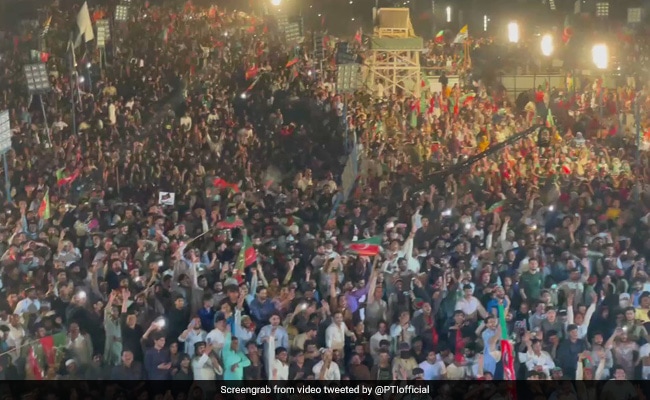 There was a heavy security presence in the capital, with opposition parties also planning rallies in the city next week.

Khan was elected after promising to sweep away decades of entrenched corruption and cronyism, but the opposition has accused him of mounting a witch hunt against his opponents.

Voted in by an electorate weary of the two-party dynasties that have dominated Pakistan politics since independence, he has struggled to maintain support, with inflation skyrocketing, a feeble rupee and crippling debt.

A no confidence motion has been tabled in the country’s National Assembly, with days of debates expected to start next week before the vote.

The opposition needs a simple majority to topple PM Khan, after which a new prime minister would be chosen by parliament.

But horse-trading is common in Pakistan politics and the rebels could well return to the fold.