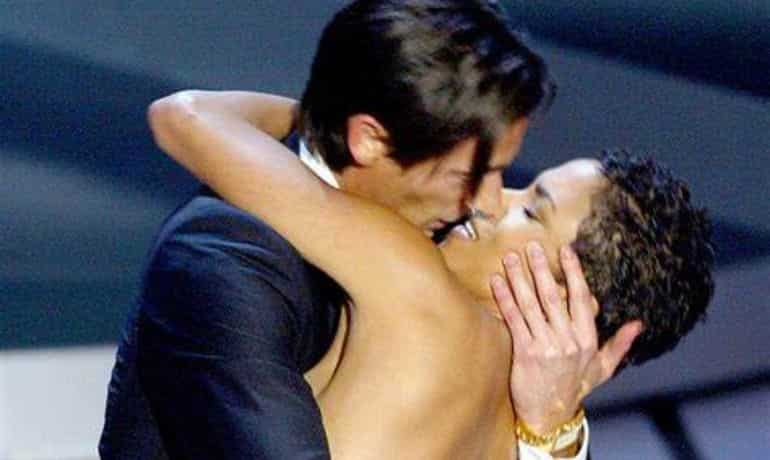 Of course, actors are thrilled when they join the hallowed pantheon of Oscar winners, but in 2003, Adrien Brody definitely took it a bit too far when he picked up the best actor statuette for “The Pianist.”

When he took the stage to accept his award from the previous year’s best actress winner Halle Berry, he stunned the audience — and Berry — when he swept her into a brief but passionate kiss on the lips.

“That was not planned. I knew nothing about it,” Berry said in a 2017 interview, explaining she was caught totally off guard.

But she confirmed she just “went with it.”

For his part, Brody said in 2015 that “time slowed down” for him in the moment, but that the stunt almost cost him his chance to make a speech.

“By the time I got finished kissing her… they were already flashing the sign to say ‘Get off the stage, your time is up,” he said in an interview at the Toronto film festival.

View from Italy after World Cup failure: 'The disaster of Mancini', 'Blue Nightmare', 'Out of this World' | Football News