Saving on microseconds in reaction-time, and adding a nippy sting to his attack and defence reflexes, are the calibrations that Lakshya Sen needs to undertake, his father and early coach Dhirendra Kumar Sen said on their return from the All England Championships.

Developing a short backswing on his overheard strokes and even hip-level returns while generating more momentum with the wrist, will be the next challenge for the defeated finalist from Birmingham.

“He needs the quick hit with an explosive burst when hitting overheads to add more of a surprise variation to his attacking strokes, and for that, we’ll need strengthening of the shoulder and wrist first. He has to cut down the racquet swing and generate power and pace with a shorter backswing,” Sen Sr added.

Shortening the backswing predominantly needs superior forearm strength and Leander Paes-esque agility of the wrists. It effectively cuts down on the winding coil, and the longish, loopy arm movements. What came into stark relief at the All England final was Lakshya Sen’s paucity of truly attacking options for the kill during his straight-games loss. In contrast, Viktor Axelsen’s attack could breach what is frankly Sen’s fairly-decent defence. “You can’t keep defending against an opponent like Viktor when he’s playing like that,” Sen Sr said.

International badminton at the very top — the ranks of Olympic medallists in men, of which India has none — all boast of a lethal rally-ending kill. At will. It’s that solitary whip that Srikanth, Prannoy and Sai Praneeth have in India — though not always backed by a great defence or precision, so they leak points in errors, even if they hoard the kills.

But even defensive automatons like Chen Long and Momota and vastly physical & speedier players like Axelsen, Anders Antonsen and Anthony Ginting boast of the short spring action on the thwack off the racquet. Both Loh Kean Yew and Thai Kunlavut Vitidsarn possess the short elastic quick catapult. It’s an option that’ll serve Sen well after coming off two finals losses in back to back weeks, his father reckons.

“When Viktor’s playing errorless like that day, you need more. The backcourt has to improve. And overhead variations,” Sen Sr added.

Coaches around the world are split on long and short backswings (and commensurate follow-throughs). But it is widely considered that if the hitting arm dithers far too away from the torso, there is a drag in reaction time as well as body balance for the next return.

Earlier speaking to the media, Lakshya expanded on his plans against much taller players: “Just don’t give unnecessary short lifts. Overall every player is different. With tall players, whenever lifting or clearing, give good length always,” he said of the ease with which he tackles those built bigger.

Having lost the toss in the final, he struggled with his length and hence control over the shuttle to go down 0-6. Quizzed on whether he hit attack-mode too soon, instead of frustrating Axelsen with defence in the opener, DK Sen said that wasn’t an option. “Against these players, it won’t work. The best thing to do is counterattack. Get 2-3 offensive winners in, even if they score 5 in a row.”

It’s what Sen attempted in the second set to reach 9-12. “After 12-9, I made two, three crucial errors. The lead got too much. Happy with second game. If I’d won that then I had a chance,” he added. That’s conjecture — though both were tiring. And his giddy confidence in pulling off close deciders might have worked, is his belief.

Sen Sr informed that back in Almora during the pandemic, Lakshya would need to take at least 150 steps, and go up and down from his home to the main road at least 4-5 times.

While everyone’s wondering what brought about this sudden turnaround of the last 6 months that’s fetched him a Worlds medal, a Super 500 title and two finals in the last fortnight, Sen says his non-descript time playing the Indonesian swing gave him confidence, despite some straight-game pummelings. It’s how elite sport functions — rising from the depths of decimations.

Sen played Axelsen and Momota twice at Bali, losing 4 times. He had a humdinger 3-game win against Japanese Kanta Tsuneyama right before the World championships. “Those 5 matches were long, fighting matches against two World No 1s in consecutive weeks. He was learning from those losses, but played equal to them. My belief was he’s the same level. He even had a game point vs Momota at Indonesia. When we reached Spain, he kept endurance, and technically played well.” Sen’s first big win against Kenta Nishimoto in 3 sets, riffed off those three-set plods. 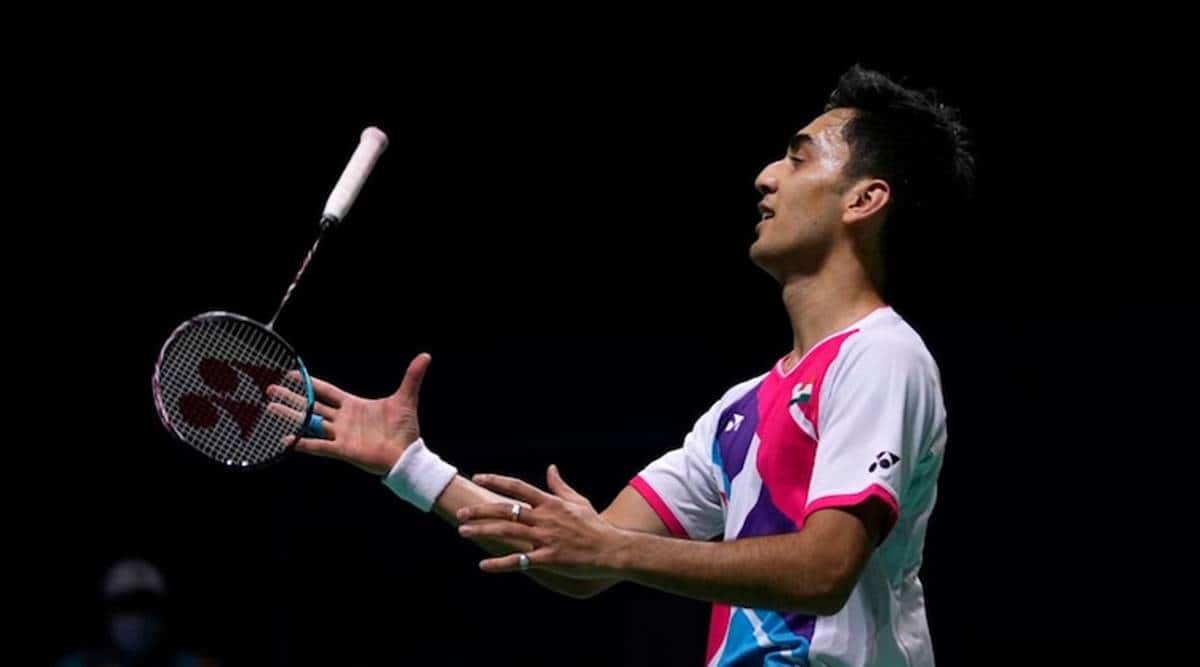 What Lakshya truly unveiled at the Worlds and took it tight up to the All England semis was his finishing flurry — a shock tactic of increasing pace and going on an almighty offensive to finish the game. “When you are down 16-13 or 16-12, then you know the next few points will decide the game. If tactics are working (and you have the lead), then don’t change. But otherwise, you have to try something different. Against Lee Jii Zia I was down, but I was on the faster side, and yet had been attacking less. So I decided to play at a higher pace, and take over the net. After 16-all, you don’t want to give opponent the chance to attack in one or two rallies & capitalise by being passive. So I always go on offence in the closing stages. Just a matter of taking chances, just a matter of one winner,” he stated.

Sen is aware that rankings though not all-important, can have a bearing on draws. “Rankings are also important to qualify for big events and Olympics. But keeping fit, going into big tournaments is also a priority. Top 9 will help with draws, Chen Long has (mostly) retired. So I’ll be placed 7 or 8. Won’t have to play the top 8 players before quarters. And then I’ll of course focus on winning tournaments,” he said.

Sen’s psychedelic geometric pattern of playing shorts — in yellow, red and black squares — and a yellow tee, were the sorest sight for the eyes after the 0-6 early scoreline.

“Those were the best I could get at All England’s new kitting, though the blue (sky & cobalt checked pattern) and white top I wore in earlier matches were more decent. Yellow was too flashy. But Viktor was top seed so he gets the choice of colours. But I really like the white shirt with blue,” he said with a wry smile about a perfect outing against Lee Jii Zia, his favourite win of the last six months.

One unintended benefit of rising in the rankings might well be Sen getting the playing colours of his choice.

The Week in Politics: Unfriendly fire and plaudits as govt changes tack on Covid-19