Does RRR Have Reason To Be Scared Of Kashmir Files?-Entertainment News , Firstpost

After  Bachchhan Paandey which was totally trounced by  The Kashmir Files typhoon, it is  now  time for S S Rajamouli’s  RRR to run scared. 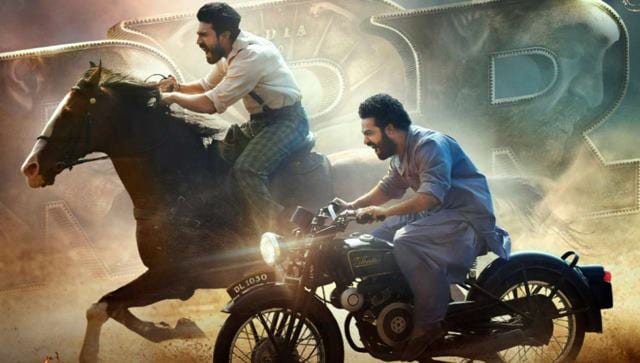 After  Bachchhan Pandey, RRR  at the  moment looks like  another casualty  of the unforeseen  success  of Vivek Agnihotri’s  small-budgeted  historic hit. The collections now threaten to touch  and perhaps exceed those  of  Rajamouli’s  all-time  blockbuster Baahubali.

Early  indications are, the  RRR collections won’t be anywhere near to  repeating history.  Let alone rival  the  success  of  Baahubali  Rajamouli’s RRR  seems have  generated shockingly low advance-booking  interest in  North India. While the South, specially Andhra Pradesh,  has generated impressive advance  box-office  queues,  in  the North , the  interest-level for this mammoth  project is  at the most, cursory. The main  factor for this  lackluster  welcome  to  RRR   is of course The Kashmir Files which  continues  to  mow down all competition.

Last week Akshay Kumar  was served up a  bitter lesson on the changing tastes of  moviegoing audiences when his crass commercial  potboiler Bachchhan Paandey  suffered  some serious defeats  across India. While the exact numbers  lost to  The Kashmir Files are  not known—and  chances are the influential  producer will ensure that the  film is shown as  a profit-maker  in the final reckoning—the  truth about  Bachchhan Pandey is , it will be one of Akshay Kumar’s lowest earners in ten  years.

RRR seems  to be making the same mistake  as  Bachchhan Paandey. Producer Sajid Nadiadwala  paid no heed to warnings about the growing force  of Typhoon Kashmir. Rajamouli was   also  advised to  back off.  The release  of  RRR  was already   delayed by almost two years. What  difference  would a few  more weeks make? But no. It’s  a prestige issue  for  Bollywood: how  can a small film like The Kashmir Files push big  movies  like Bachchhan Paandey and  RRR out of  the reckoning? Isski  auqat toh dekho!

The  low-interest level in RRR  is  also attributable  to the film’s cast. NTR Jr and  Ramcharan Teja  are  not popular  names  in  the  Hindi belt. Yes, there is Ajay Devgan and Alia Bhatt in the  RRR cast. But everyone  knows they feature in cameo  roles while the entire focus is on the two Telugu  superstars. If  a Pan-India Telugu  superstar Prabhas can   fail so abysmally with Radhe Shyam, the relatively   unknown NTR Jr and  Ramcharan Teja have much to fear.  Ditto  Rajamouli  who knows  in his heart of hearts that  every Telugu  film  can’t be Baahubali. But it needn’t be  a Radhe Shyam either.

Subhash K Jha is a Patna-based film critic who has been writing about Bollywood for long enough to know the industry inside out. He tweets at @SubhashK_Jha.

TikTok to partner with TalkShopLive for U.S. live shopping – Technology

Inaba weighs in for fight vs. Mandiau | News, Sports, Jobs