One of the newest medical education and innovation centres is now in Sudbury after Health Sciences North officially opened the Labelle Innovation and Learning Centre.

The facility, which is attached to the east wing of the hospital, has been open less than a month and already it’s a hit with staff.

The idea of the 28,000-square-foot facility is to give medical personnel a space to brush up on their skills, learn new skills and rest.

“This is a game-changer for us, from an education perspective,” said Dr. Greg Ross, vice-president academic and research impact.

The name of the game is authenticity, Ross said. From the look of the blood to the smell of the vomit, they work to make their simulation labs as realistic as possible.

While showing the innovation lab off, officials introduced Sudbury media to a 55-year-old man (a mannequin) who hit a tree with his snowmobile. His arm has been amputated and he has lacerations to both his head and leg.

Staff in the simulation work to stabilize him while you can hear the faint groan of someone having a tough time staying conscious on the surgical bed. 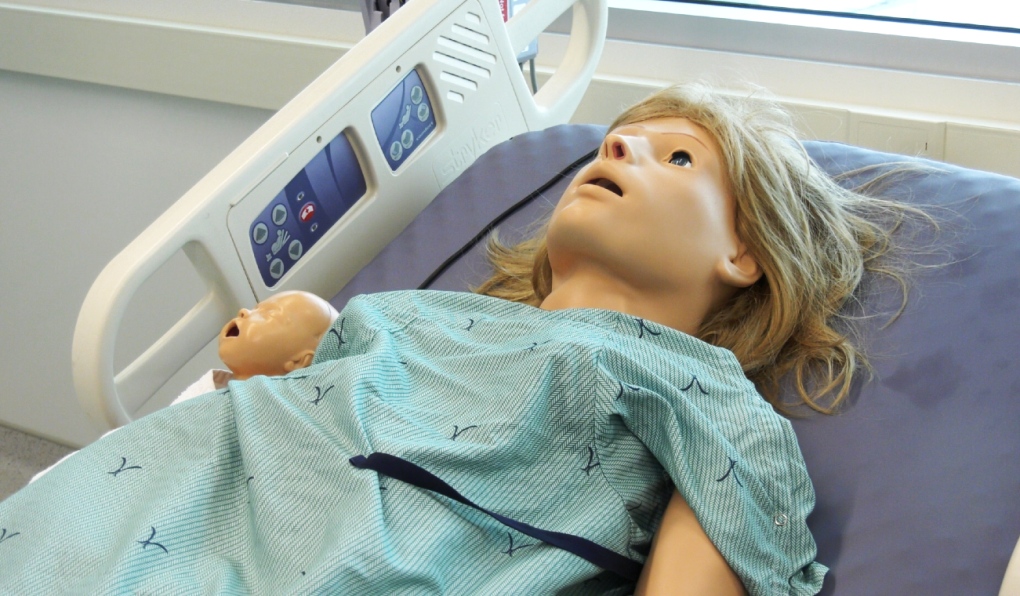 About 2,000 learners will use the facility throughout the year, including staff and also people from the hospital’s 70 partner post-secondary institutions. (Ian Campbell/CTV News)

“We’re very proud of it — it’s an amazing facility for learning, for teaching, all aspects of education in the hospital,” said Ross.

“We have health care providers of every discipline that train in this facility, including nursing and all the allied professions.”

“Just at HSN, we’ll need to recruit 1,000 employees for the next five years,” Giroux said.

“So having dedicated, modern facilities that will attract learners and support their experiences at HSN will really be beneficial.”

About 2,000 learners will use the facility throughout the year, including staff and also people from the hospital’s 70 partner post-secondary institutions.

“The Labelle Innovation and Learning Centre has been a project in the making for the past 10 years for a network of northern stakeholders, donors and community leaders, as well as HSN’s academic partners, including NOSM, Laurentian University, Cambrian College, and Collège Boréal,” said Bill Best, president of Cambrian College, in a news release.

Attending physicians and current staff will also have access to the facility to brush up on their skills and keep abreast of the latest in medical techniques.

There will also be sleep rooms for those working longer shifts, so doctors working 24-hour shifts can be close to their patients.

“I’ve had my fair share of call rooms that weren’t quite as fancy as this one, so it’s definitely lovely to have,” laughed resident Dr. Emma Pillsworth.

“I use the call rooms here. We do a lot of 24-hour shifts so it’s great to have a space we can use and it’s quieter,” said Dr. Aruba Nurullah, a surgical resident at HSN.

The centre is named after Marcel and Frances Labelle of Cochrane, whose $5 million donation helped make the facility possible.