For four months, Covid-19 vaccine passes have been the golden ticket for a visit to the hairdresser or a sit down dinner at our favourite restaurant. 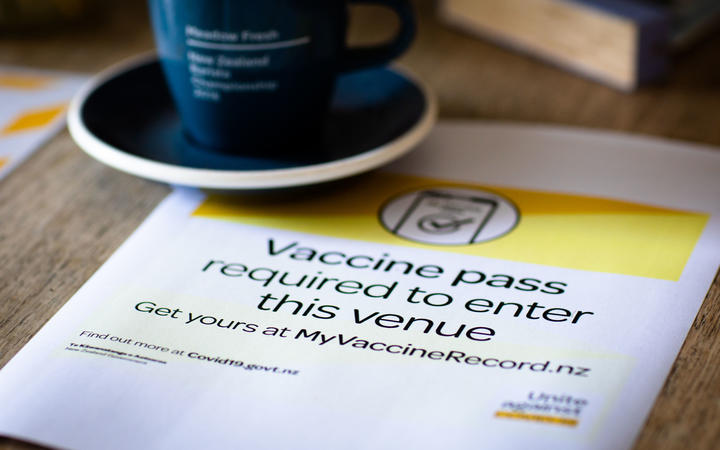 But that could all change. The government has already indicated mandates and vaccine passes will no longer be as necessary after the Omicron wave has peaked.

Cabinet has met today to review mandates, certificates and the traffic light system as a whole – with decisions to be announced on Wednesday.

Some Aucklanders think the time is now.

“I’m immunocompromised so I was very pleased we had mandates, but I think it probably is time to change up now,” said one person.

“It should [have] been done months ago, people need to be able to get back to their normal lives,” said another.

“If we are past it, then is it really worth it? It was useful at the time,” said one man.

In West Auckland, Head Start Total Beauty Salon owner Simone Jones said it would be nice to welcome back all customers to the chair.

“It is going to be great to be able to welcome back some of our clients that were unvaccinated back into the salon. I know a lot of them have actually already had their hair done and had treatments done at places that they possibly shouldn’t have.”

Jones said not having to juggle scanning passes would make things easier.

“We had just got our software system sorted to be able to press the button to say that we’ve cited their scan from the last time and I said the other day, this is just gonna happen now that we’ve just got it sorted out and we’re not going to have to do that anymore.”

But regardless of what the new rules would be, she said masks should stay.

“If we let people into the cafe, are we putting anyone else at risk? I don’t really know the science behind that, I will be opening my doors to unvaccinated people as long as my staff and my customers feel safe.”

The chance for more business was one he was desperate to take.

“It’s just so hard, everyday is so different, and we’ve got lots of staff off with Covid and work’s so quiet through the week. I was just driving down Cuba Street and you could just about shoot a gun down the street and not hit anyone, it’s just so dead.”

That was echoed by owner of Maranui Cafe co-owner Bronwyn Kelly, who said it would not be an instant fix.

“I think it’s still going to take a wee while for people to change their dining habits to go back to normal. I mean hopefully with the borders reopening that will start to get bums on seats again and not as much take away.”

Kelly said she was thankful her staff were comfortable with the risk.

“I think a lot of the staff are quite resilient now and I feel like they’re beginning to feel more comfortable working with others and having the potential for unvaccinated people to come in.”

The Best Foods for Heart Health, and What to Avoid