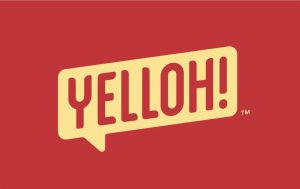 Fewer Americans applied for unemployment benefits last week, as layoffs continue to decline amid a strong job market rebound. Jobless claims fell by 15,000 to 214,000 for the week ending March 12, down from the previous week’s 229,000.   In total, 1,419,000 Americans — a 50-year low — were collecting jobless aid the week that ended March 5.

North Dakota’s January not seasonally adjusted unemployment rate was 3.5 percent.  The unemployment rate increased 0.5 of a percentage point between December and January, which was consistent with typical seasonal patterns.  The numbers show 14,247 people were in search of work during the month.

Sales of previously occupied U.S. homes fell in February as competition for a near-record low number of properties on the market drove prices higher and rising mortgage rates kept would-be buyers on the sidelines. The National Association of Realtors reports existing home sales fell 7.2% last month from January to a seasonally adjusted annual rate of 6.02 million.

North Dakota’s eight commercial service airports posted a total of 80,552 airline passenger boardings during the month of February, 2022. This is a 57% increase over 2021 and 14% below February 2019’s pre-pandemic passenger counts of 93,335.  Airlines continue to identify challenges of workforce shortages, fleet availability, and a lack of business and international travel demand.  The Grand Forks Airport saw 7,941 passengers pass through the gates last month.

The East Grand Forks EDA will spend $4,500 dollars on an appraisal of the downtown Infill Building.  The city if looking at the possible sale of the building that houses Mike’s Pizza and the law firm Galstad Jenson & McCann.  The fee would include both an income and sales comparison approach.

Insurance Commissioner Jon Godfread has announced a market examination of Sanford Health Plan.    This exam is in accordance with a 2021 law passed by the North Dakota Legislature requiring market conduct exams every five years for health companies that have more than 25 percent of the North Dakota market share.  The examination is expected to take six to eight months to complete.

Schwan’s Home Delivery is changing its brand identity to Yelloh.  Schwan has been headquartered in Minnesota for 70 years.  Company CEO Joe Kirby says “In addition to evoking our iconic yellow delivery vehicles, Yelloh is a greeting commonly used in place of ‘hello’ between people who are familiar with one another.”  The transition will begin immediately and will be fully implemented by the food delivery company beginning of 2023.   (Picture: Yelloh)

State School Superintendent Kirsten Baesler has announced that Bret Dockter, North Dakota’s 2022 Teacher of the Year, has been awarded a $15,000 grant to promote the teaching profession and education.  It is the first grant of its kind in state history.   Dockter teaches social studies, science, and mathematics at B.M. Hanson Elementary School in Harvey.

UAS Pilots from over 20 colleges across the nation will travel to Grand Forks to test their skills and determine the fastest pilot in the country with racing speeds topping up to 100 mph. This is the second year UND will host the Collegiate Drone Racing Championship.   The event is set for April 9th and 10th at the UND High Performance Center.

Volkswagen is recalling more than 246,000 SUVs in the U.S. and Canada because faulty wiring harnesses can make them brake unexpectedly, sometimes while in traffic.  The recall covers certain Atlas SUVs from 2019 through 2023, Atlas Cross Sports from 2020 through 2023.

Mercedes-Benz has opened a new electric vehicle battery factory near Tuscaloosa, Alabama, that will create up to 600 new jobs. The German automaker says it spent about $1 billion on the battery plant and to upgrade the assembly line in Tuscaloosa to make electric vehicles.