International visitors could soon be pouring across the border in similar numbers as in pre-pandemic times – but that might not be a good thing, according to one tourism expert. 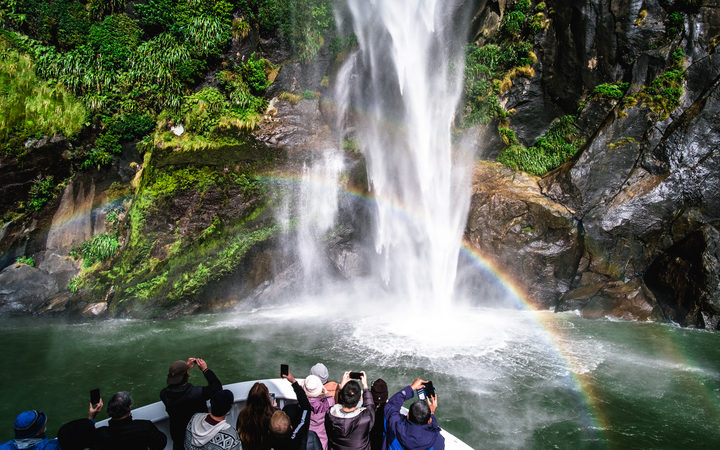 Those wishing to cross the Tasman can start arriving from 13 April and those from visa-waiver countries from 2 May.

Otago University tourism lecturer Dr Julia Albrecht said there were major challenges ahead for the sector in recruiting and training staff and bringing infrastructure up to scratch – but these were not insurmountable.

“If we really pushed it, we could be back to pre-Covid numbers in a short time, something like two years – if everything fell into place, if the airlines work well, if Tourism New Zealand gets it right with its international marketing and if New Zealand tourism businesses were able to retain the quality of the experiences they were offering or potentially improve upon what they were doing three years ago.

“But the question is, do we even want to go back there?”

Over-tourism had put a huge strain on some regions in the past, Albrecht said.

“It’s not a question you’re going to hear debated in the tourism industry because obviously there are far too many vested interests, but it’s a question worth asking.

“Would we be happy with 80 percent of the tourist numbers we had previously, or even fewer?”

The government had been “all talk but no action” so far on sustainable, low carbon tourism, she said.

“This could be our chance for a re-set.”

However, the Travel Agents Association said tourists would not be interested in coming to New Zealand if there were too many barriers.

Association president Brent Thomas of House of Travel said the government must move to scrap the requirement for pre-departure and post-arrival Covid-19 tests.

“People will naturally go where it’s easier to go. And if we don’t change and get in line with what the rest of the world has been doing for weeks and months, then people will look at other options.”

Furthermore, airlines would not commit to adding more flights if they did not see more people wanting to fly, which could limit any recovery, he said.

Titanic-era fashion to be on display at luncheon