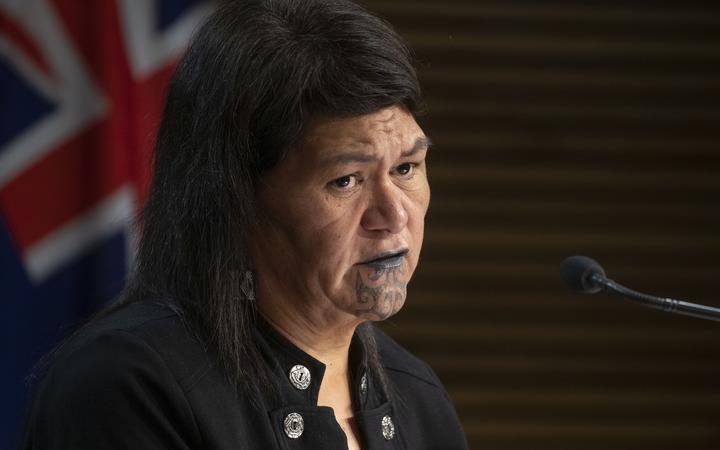 Nanaia Mahuta said the plan ahead is to target oligarchs and entities connected to Putin’s regime.
Photo: Pool / NZME

The government has imposed its first tranche of sanctions – targeting Russia’s President Vladimir Putin, and 12 other senior figures – but none have assets here.

“This first tranche of sanctions designates an additional 364 political and military individuals to our travel ban list, and places sanctions on Russian Leader Vladimir Putin and the 12 members of his Security Council, one bank and 18 other entities,” Mahuta said.

She said the sanctions prevent New Zealand individuals, assets and financial institutions from having dealings with those listed and prohibits their vessels and aircraft entering New Zealand.

“The important signal of covering those on Putin’s security council is to show that we are very serious about ensuring a blanket of sanctions globally around the identification of these particular individuals,” Mahuta said.

The Ministry of Foreign Affairs and Trade has listed the individuals affected under the Russia sanctions regulations.

Mahuta said the government will take a progressive approach to introducing sanctions on Russia at least while war is taking place in Ukraine.

She said New Zealand companies which export to Russia were already aware of the potential for sanctions to have “a downstream impact on their operations”.

Mahuta said she will not comment on specific individuals who may be targeted.

Officials will also monitor other countries’ blacklists on Russian figures, she said.

“An important part of our approach, now that we have the legislation in place is to use the information sharing aspects to look at other jurisdictions to see who is on their list and how we might migrate some of those names across because these are individuals with high net wealth and often transfer that wealth in a number of ways across countries.”

She said for those individuals who are not on any lists, a lot of work will need to be done in New Zealand to meet the obligations of the legislation.

Mahuta said the plan ahead is to target oligarchs and entities connected to Putin’s regime.

“We just need to ensure that we have a robust framework to determine which individuals, the level of association and obviously through intelligence gathering ensure that we’ve got information to back that up.”

Mahuta said as a result of Russian military aggression against Ukraine, New Zealand identified the need for a targeted sanctions regime to both express concern and join the international community to indicate to Russia that “what they are doing affects the territorial integrity and sovereignty of Ukraine”.

The government has established an across agencies Russia Sanctions Unit.