All England: Lakshya Sen’s smash comes to the fore in clinical win over World No.3 Antonsen


Lakshya Sen had just 5 hard-hit smashes during his upset win over Danish World No.3 Anders Antonsen at the All England. The 21-16, 21-18 Round 2 win that helped him enter the quarters was yet another impeccable execution of a plan, drawn out in bold strokes to unsettle badminton’s topmost perch of players. A stealthy bobcat has been firmly set amongst fluttering eagles.

Of those 5 full throttle smashes, 4 brought Sen points. It was in the chiselled, sculpted, near-filigreed brass-work of the half-smashes that he used, in a deft shift in strategy, that a bonafide Top 5 was frustrated and quelled. The judicious use of those 5 hits seats Sen on the Top 10 high-table, on the brink of officially entering that space as World No 11.

The opening salvos against the Dane came armed with pin-point precision of the shuttle’s flight pathway. He needed to maintain a good length on his strokes against the drift in the opening set, which was a tactical priority. It’s one thing to know this, quite another to stick to that discipline. Sen doesn’t stray from plans these days.

World Champion Loh Kean Yew who played and lost to Antonsen in Round 1, had made the critical error of misjudging the length when running into the wind, and sent a bunch of returns too short and far too tempting, which saw him ending up smothered. Sen avoided precisely that to take the opener 21-16.

Still, Antonsen is a clever opponent and a riposte was expected in the second. It was here that Sen’s discerning use of the smash, not to dominate and dazzle, but to startle that came in handy. He wasn’t getting carried away by the tailwind and rushing to the net. There was mature restraint in his attack. 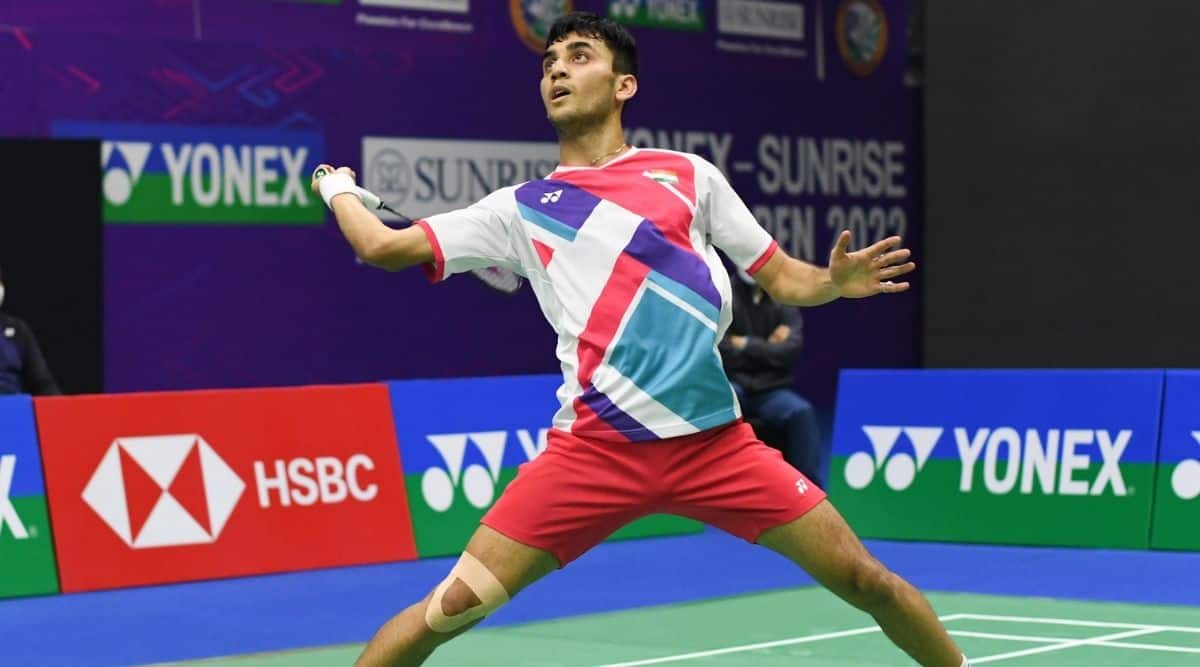 In the second set, Sen was keeping the shuttle down playing with the drift as he reached 11-7, but it was apparent that the flicks and clears could sail out. It’s here that Antonsen started pushing the pace. Not only did he push Sen back and pin him there, he was taking control of the net racing to 12-11.

In a short span of 5 points, Antonsen attempted to upend the momentum just as Sen briefly relaxed. The Dane’s parallel game seemed to be clicking, and snouting ahead even as Sen’s straight down the line attack yielded just enough points to stick with Antonsen. Sen though has inherited one important quality from Prakash Padukone: he doesn’t allow opponents to settle into their preferred game. Disrupting is his calling card.

Long rallies – and Sen’s confidence in prevailing in them – ensued, as they have at all critical times when things get sticky. His ever-jutting and reliable defense combined with knowledge of when to rustle up offense and break the lulling spell, was again on view. It is the sort of controlling of the rally that Prakash ‘Pied Piper’ Padukone mastered, knowing he couldn’t match the Chinese and Indonesians in pace, but aware that he could make them dance to his tune. “Except, Lakshya has a big weapon in addition to Prakash – his smash,” coach Vimal Kumar said.

It was the variation on his continuous straight hits, on the rare cross while closing out, that Sen finally stubbed out Antonsen.

But a little tracing back of steps to Sen’s big weapon – that hop skip whippy smash that can go straight, or wickedly turn cross, and made Antonsen move diagonally.

Vimal Kumar says a young Lakshya Sen was obsessed as a teen with Lee Chong Wei’s smash. “He developed a good smash watching Chong Wei and was always in awe of Taufik Hidayat’s hit. His smashing was shaped by that,” he says. It wasn’t what the body contorted into during the explosive burst, but the timing of the jump / hop, on when to hit.

Still, raw copying set him back for a few years. “In India, where shuttles are fast and you can hit through anybody, his smash was scrutinised by the likes of Sourabh Verma, a very tactical tricky opponent. Lakshya lost a few National finals realising, all out hitting didn’t work. Sourabh and others would frustrate him by sending back each shuttle,” he recalls.

Two things happened. Morten Frost gave Sen a good dressing down on the importance of defense. And Sen himself learnt to ration the whipping action and shoulder blade torque on the big hit, to use the smash very choosily.

Back at Birmingham, despite all the flustering on Antonsen’s part and his almost-working defiance, Sen would pull back by flicking a switch, playing cross, and keeping the surprise on the smash. It wasn’t that Antonsen would see it coming; it was that he wasn’t sure if it indeed would. And the errors were purged.

Vimal Kumar reckons one crucial aspect of Sen’s game has been his ability to think on his feet. It helps him switch plans, and switch to improvisations. “He was really gutted when dropped from the Thomas Cup team when he went to Dubai. More than the game, he was impressed by the set-up. He came back and said ‘Sir, Viktor does everything on his own, setting up courts, arranging shuttles, schedules.’ I told him that’s how true professionals work. Not with spoon-feeding. They take responsibility.”

For the next two months, Sen travelled alone playing tournaments in Europe fending for himself, before a physio and his dad joined him in Indonesia. “He learnt to think for himself, and developed a better personality. I had seen Prakash do that, not look for anything on a platter. Lakshya’s got a good training base and sparring. But he had to develop thinking for himself,” Vimal says.

It’s what reflects within rallies and in between two points. It’s what kept him unfazed against Viktor Axelsen last week and got him to move Anders Antonsen playing cross, on Thursday. And what gave him the confidence to pull off three critical points from match point down against the Chinese at the World Championships. “He looks calm on crucial points,” Kumar adds. There’s Lu Guang Zu next, and potentially Kento Momota in the semis. And a level head on smashing shoulders to face it all again.