Everton players have been a ‘disgrace’ and Newcastle game is club’s biggest in 20 years, says Jamie Carragher | Football News


Jamie Carragher has branded Everton’s players a “disgrace” and said Thursday’s game against Newcastle is the club’s biggest in over 20 years as they battle against relegation.

Frank Lampard’s side suffered a fourth consecutive Premier League defeat against Wolves on Sunday, leaving them level on points with Watford in 17th place, albeit with three games in hand.

The first of those games in hand comes against a resurgent Newcastle side on Thursday night at Goodison Park and Carragher feels they desperately need a result in order to halt their slide.

“We built these two home games up for Everton,” he said on Monday Night Football, referencing Sunday’s clash with Wolves and Thursday’s meeting with Newcastle.

“I felt Goodison, and playing at home, was the only way they can stay up.

“But because they have now lost the first one, the Newcastle one feels almost like their biggest game for 20 years, when they stayed up on the final day against Coventry in 1998.

“It almost feels like that type of game because I don’t think Evertonians actually believe they are going to stay up, and if they don’t win at home, they’ve got no faith in getting anything away from home.

“Everton’s fixtures are horrific, certainly the last five or six, and that’s why playing Newcastle on Thursday feels absolutely huge for the football club.”

Gary Neville added: “I think I put them in the same boat as Leeds. They look so flaky and the pressure is enormous.

“It’s a massive club but I know a few Everton fans who are thinking, ‘We’re done’.

“Obviously, there’s a long way to go, but they are desperate at this moment in time. How do they turn it around? And who’s in that dressing room who is going to lift them?” 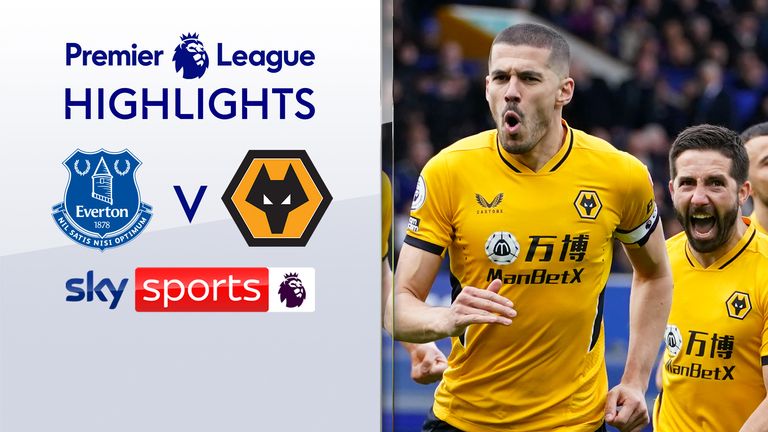 FREE TO WATCH: Highlights from Wolves’ win against Everton

Carra: Players to blame, not managers

Lampard has lost five of his six Premier League games in charge since taking over from Rafael Benitez at the end of January but Carragher believes the blame for their current predicament lies with the players.

“The thing with Everton is that the players have been an absolute disgrace,” he said.

“They are two completely different managers in terms of style.

“You’ve got Rafa Benitez and you can think he’s defensive, he sat off teams and allowed other teams to play, but Frank is completely the opposite.

“You looked at Rafa thinking it was dull, it was boring, and he didn’t create an atmosphere at Goodison, whereas Frank in home games has gone after teams, pressed teams and tried to play out from the back, and yet they are still getting awful results.

“The players are an absolute disgrace at Everton, they really are.”

Everton’s “atrocious” fixture list could see their long stay in the Premier League come to an end, Sky Sports’ Paul Merson has predicted.

“Everton have got to go and win against Newcastle now – a draw’s no good. They’ve had some injuries in key places. They need Dominic Calvert-Lewin back firing, but they’re sort of in that situation where it’s Everton, never been relegated, so they go out and try to play entertaining, attacking football.

“Frank Lampard, when he was at Chelsea, always tried to play on the front foot and have a go. I don’t know if Everton think they’re too good just to go and get a point somewhere, because points mount up.

“At the moment they’re chasing their tails. Wolves at home wasn’t a good day at the office, so just get a point – you’ve got to start a run somewhere. I’m looking at Everton’s fixtures and the way they’re playing and I think they’re in big trouble. I think they’re the ones to go now. You’ve only got to look at their fixtures – they’re atrocious. I just can’t see how they stay up.

“They’ve got games in hand, but where do they get points? You look at the Brentford game but that could be too late.”