With women representing nearly half the population, a lot more work needs to be done to achieve gender parity in politics, argues Senator Galvez, who immigrated from Peru 36 years ago and has gone on to become an expert in water treatment and an engi 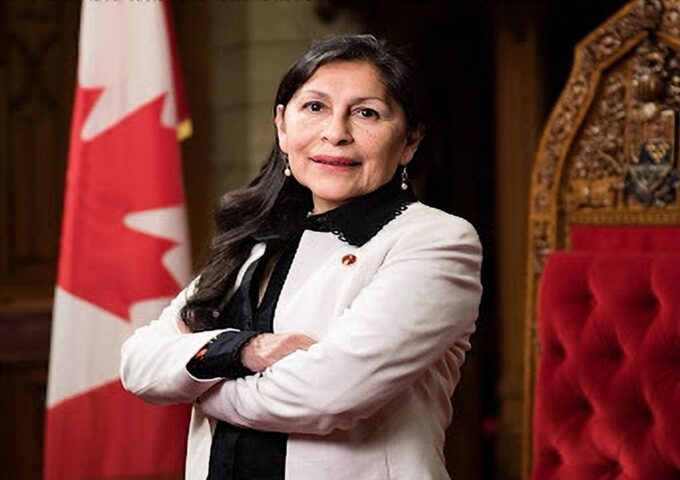 While the Senate of Canada has achieved some level of gender parity with 49 per cent of female senators, the House of Commons trails behind with only 30.5 per cent, leaving much work to be done, reflects Senator Rosa Galvez, the only senator from a Spanish-speaking Latin American country.

Her comments come ahead of this year’s International Women’s Day, which will centre “Gender equality today for a sustainable tomorrow.”

“Politics is still a man-dominated world. We need to review the barriers for full participation of women in politics,” says Galvez, including family responsibilities traditionally ascribed to women, racial discrimination and lack of political opportunities.

“Women of colour face more barriers in politics….Parties need to encourage more women to run and also include these women in winnable ridings.”

But even with these increases in representation, Canada still ranks 59th in the global ranking of gender equality in Parliaments. Her home nation of Peru ranks 27th, with 40 per cent of women in its lower or single house.

Galvez says after 36 years as an immigrant who managed to become an engineer and senator, she has “more muscle” to show for it. But climbing the social-mobility ladder “shouldn’t be difficult,” she emphasizes, “because we need everybody’s ideas.”

In 2016, Prime Minister Justin Trudeau appointed Galvez to the Senate of Canada following a merit-based selection process, making her the first and only Spanish-speaking woman from a Latin American country.

While Galvez applauds Trudeau’s merit-based process of appointments, which helps people from underrepresented groups, including women, immigrants, visible minorities, and Indigenous people get some recognition, the changes need to be “permanent,” she says.

“I am very proud of being part of this cohort, but the challenge is how to (make) transformations and changes permanent towards a better democracy,” says Galvez, who is also an engineering professor at Laval University in Québec, as well as an expert on water and wastewater treatment, watershed management, and sustainable development.

Even though she was selected by Trudeau, Galvez is part of the Independent Senators Group, which was created for the first group of merit-based appointed senators. The 105 senators are divided into five groups: Independent (42), Conservative (16), Progressive (14), Canadian (13), Non-affiliated (six). There are 14 vacant seats.

“Having a small number of groups is not good for democracy,” Galvez says. “When we have different groups, we are forced to negotiate, listen to each other and compromise.”

‘Always swimming against the current’

Methodical and disciplined but always the visionary, Galvez describes herself as a “salmon…always swimming against the current.”

Between 2011 and 2017, she also led the civil and water engineering department at Laval University, a high administrative academic position in engineering traditionally filled by men.

Since June 2021, she’s been the president of the Parliamentary Network on Climate Change at ParlAmericas, created in 2016 to promote “parliamentary diplomacy on climate action within parliaments (of the Americas), aligned with existing international frameworks that work towards combating climate change and achieving sustainable development.”

The benefit of women in politics

Given that women represent nearly half of the population, Galvez says politics should reflect that as well. That’s why she entered politics in the first place.

“I am not scared of change,” she says. “I welcome changes when they seem to have a positive outcome.”

There’s a “positive effect” of having the “perspective of females” in important societal roles. Generally speaking, she says, women play a key role in the child-rearing process and understand issues concerning the health and safety of a family, which should be a key consideration for policymakers.

“In the Senate, we have doctors: one is a childcare expert, the other in elderly people,” she says, referring to the wide range of experience these women bring.

In her case, she brings her environmental expertise.

“When we are moving into a low carbon economy, I am thinking about women, vulnerable people, racialized communities, environmental racism. When I am thinking about my male colleagues, it is easy to see that we don’t have the same perspective,” said the Senator, who last November presented her Climate Emergency Motion.

While a long path remains ahead of her as Senator, Galvez says she enjoys walking that path more than the prestige that comes with the position itself.

So she balances it all: between her passion for cooking, cultivating orchids and horticulture, and enjoying life with her three grandchildren, Galvez says she doesn’t “think too much about the goal” but rather “the path” of being a senator.

US politics in 2021: Polarization, the pandemic and the economy

Games Inbox: Are zombies out of fashion as video game enemies?

87 Monkeypox Cases So Far in Minnesota