According to the World Health Organization (WHO), the severe acute respiratory syndrome coronavirus 2 (SARS-CoV-2) the causative agent coronavirus disease (COVID-19) has infected over 414 million worldwide and caused the deaths of over 5.83 million. SARS-CoV-2 continues to place a significant burden on international healthcare systems due to its effective interhuman transmissibility and clinical disease which, in extreme cases, can lead to hospitalization. 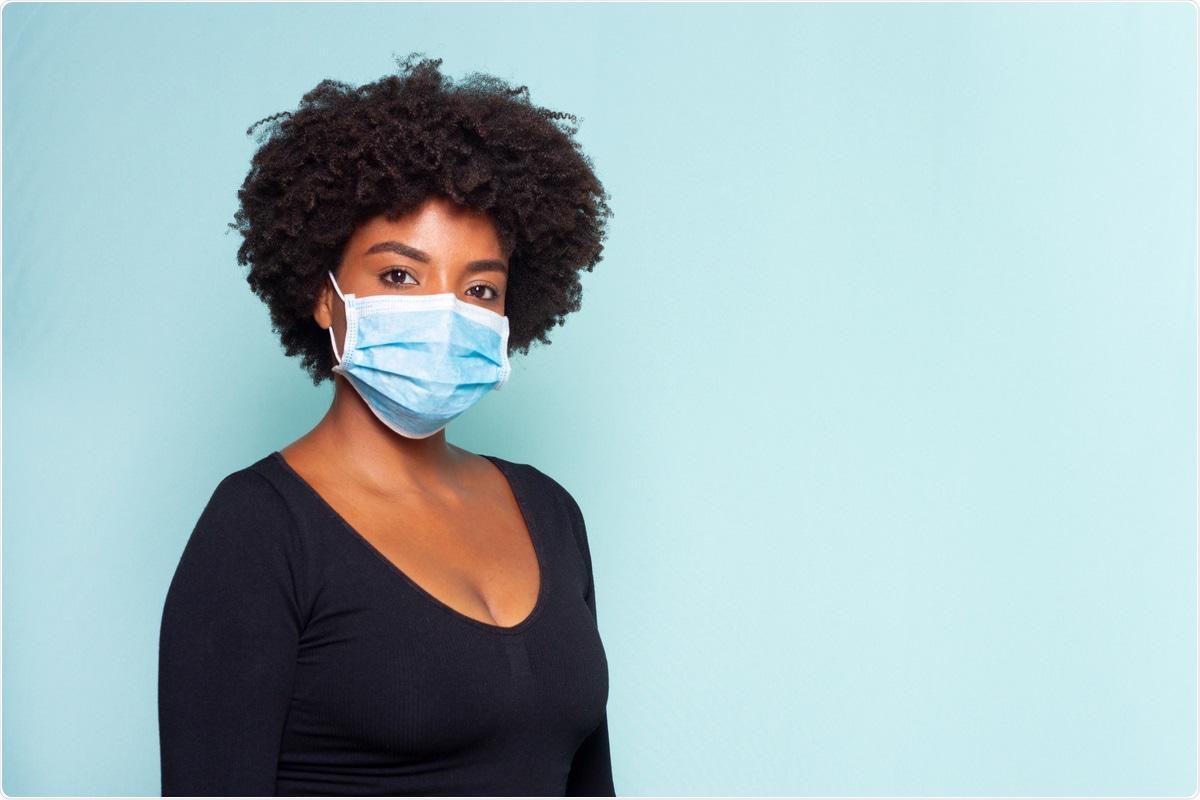 SARS-CoV-2 reinfection epidemiology in healthcare workers and the general public has been studied in several large-scale prospective and retrospective cohort studies. For example, the main goal of the REinfection in COVID-19 Estimation of Risk (RECOVER) study is to evaluate the level of reinfection with SARS-CoV-2 in a group of healthcare workers (HCWs) who have tested positive for SARS-CoV-2 either in the first or second wave of the pandemic.

In the RECOVER study, which is published on the preprint server medRxiv*, a team of researchers from various Canadian institutions document all cases of reinfection discovered during the first year of the project. The researchers also calculate the reinfection frequency in unvaccinated HCWs, explain the antibody response following recovery from COVID-19, and offer an in-depth profile of a cohort of previously infected HCWs.

The initial infection with SARS-CoV-2 caused symptomatic COVID-19 disease in a majority of the individuals included in this study, with acute symptoms lasting for an average of 14 days. According to participants, the initial infection was caused by encounters that occurred mainly at the workplace or at home.

Timeline of the RECOVER study, overlayed with variants in circulation during the study period. The enrolment of participants was from August 17th 2020 to April 8th 2021. The follow-up period (for the results presented in this paper) was from August 17th 2020 to October 19th 2021. Enrolled participants acquired their primary infection between March 6th 2020 and February 14th 2021. Approximate periods for circulation of variants were derived from provincial surveillance data.

Thirty-four HCWs needed to be admitted to the hospital for COVID-19-related treatment, with 12 requiring oxygen therapy, two requiring intensive care, and one requiring mechanical ventilation. The multivariate logistic analysis found obesity as the primary significant individual risk factor for hospitalization. Age, sex, ethnicity, pre-existing medical disorders other than obesity, vitamin D intake, and smoking status were not associated with an increased likelihood of being admitted to the hospital.

Between August 17th, 2020, and October 19th, 2021, the authors discovered five suspected cases of reinfection. Six months after the initial sickness, one person claimed a reappearance of acute symptoms and was found to be positive for COVID-19 during the investigation. This incident was removed from the analysis because it did not fulfill the primary outcome definitions, despite the fact that it was suggestive of reinfection.

The total time spent at risk of possible reinfection whilst unvaccinated was 54,675 person-days, resulting in a reinfection rate of 3.3 per 100 person-year.

Of the possible reinfections, three out of five were asymptomatic as compared to just 5% of initial infections. Importantly, none of the reinfections necessitated hospital treatment.

One asymptomatic reinfection was discovered during enrolment screening, one was discovered at work, and the third was discovered through contact tracing. Individuals who tested positive for reinfection through polymerase chain reaction (PCR) testing often indicated modest virus levels. Three out of the five reinfection cases had direct exposure within two weeks of the second positive PCR.

As compared to those who presented with a few symptoms after the first infection, those with an asymptomatic original infection were less likely to remain seropositive over time. Comparatively, participants who experienced symptoms after the first infection were more likely to stay seropositive as compared to those who reported only a few symptoms. 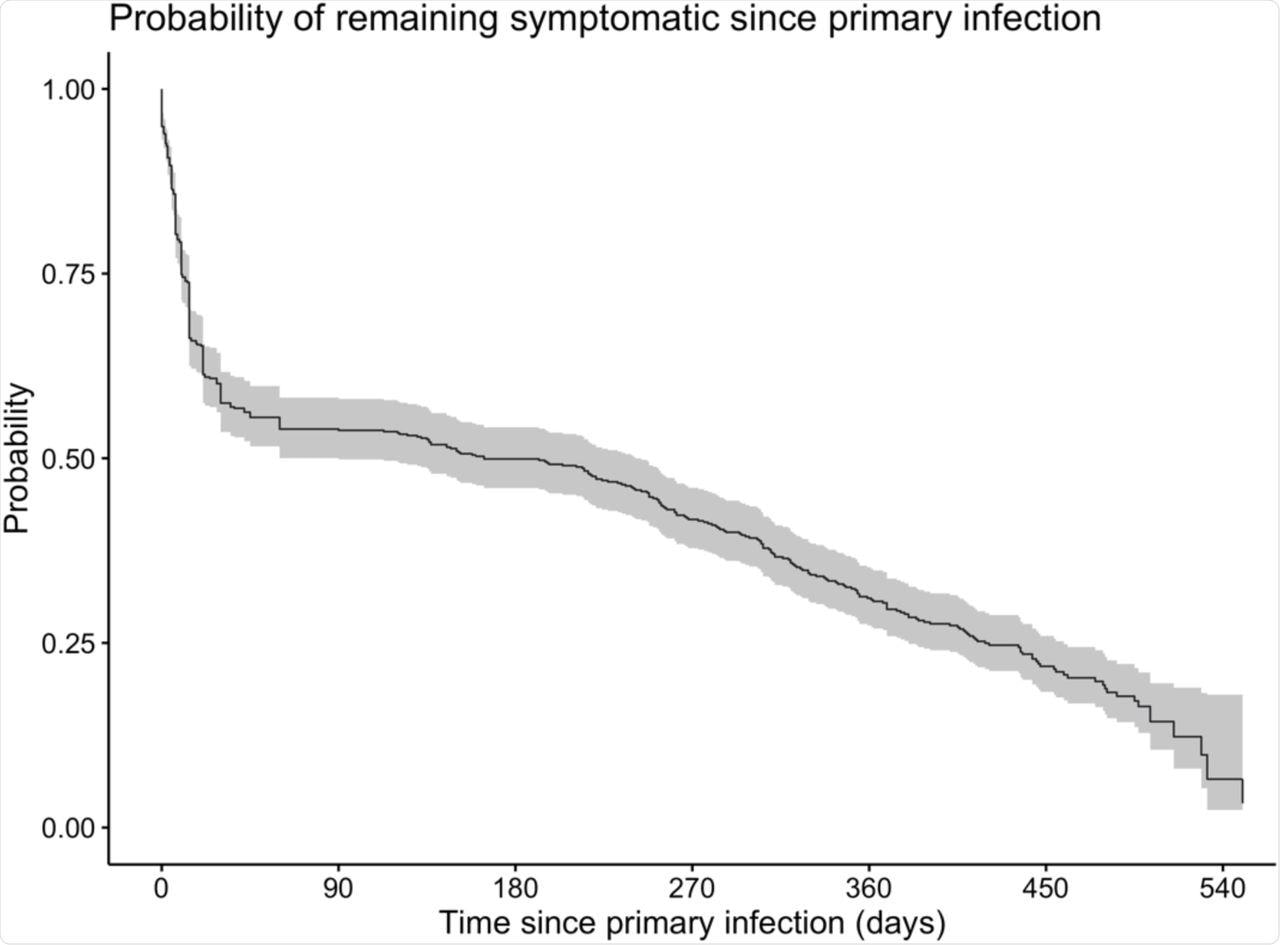 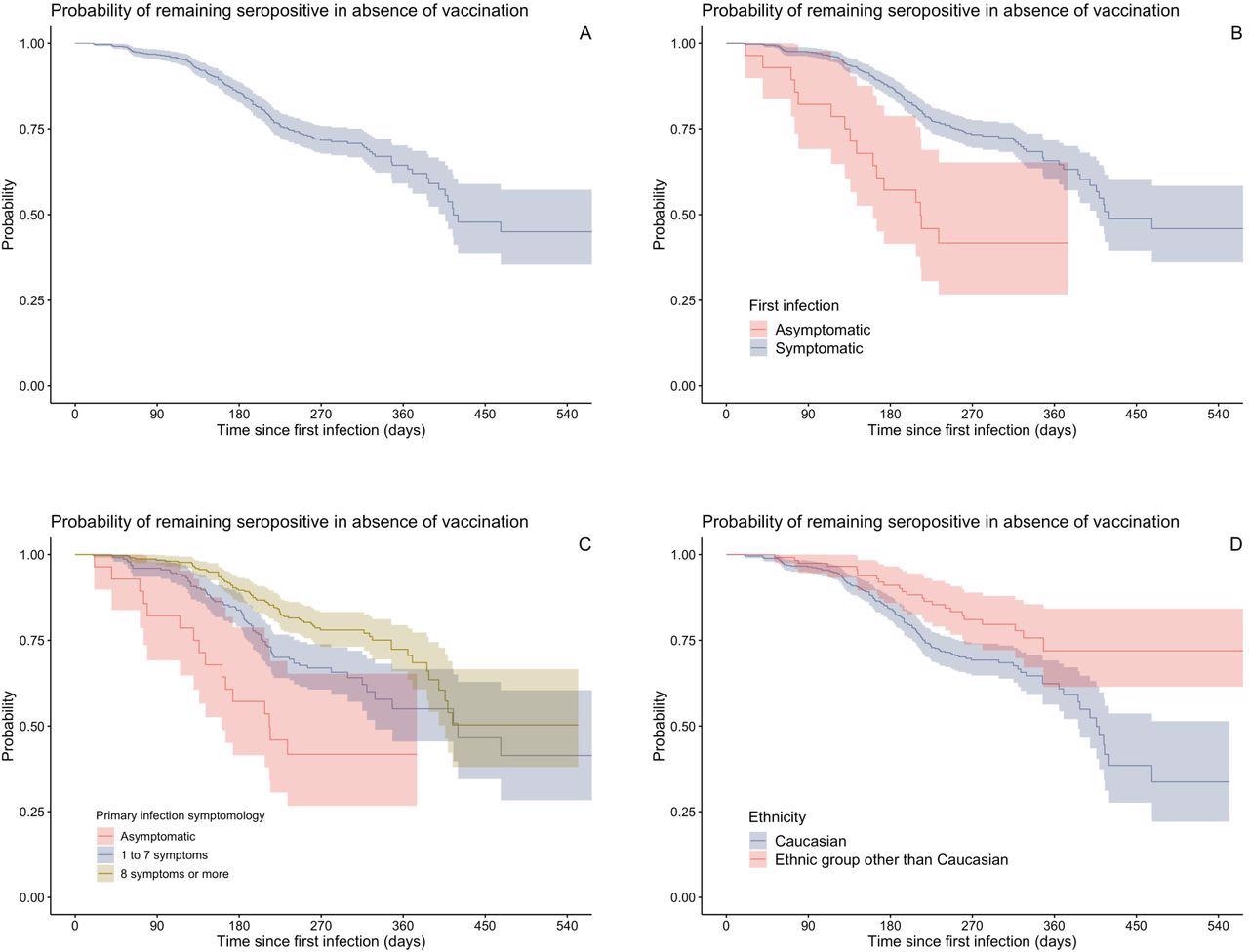 Occurrences of reinfection resulted in a reduction of disease severity when compared to the primary infection with low virus levels. Most of the participants had levels of serum immunoglobulin G (IgG) that were detectable at the time of recruitment due to the first infection.

The frequency of symptoms during the acute phase of primary infection, age over 55, obesity, and non-Caucasian ethnicity were all linked to the duration of seropositivity. These findings demonstrate that initial SARS-CoV-2 infection provides protection against reinfection over several months.

More research is needed to determine how common asymptomatic reinfections are and how transmissible they are as compared to original infections. In addition, an in-depth investigation of the humoral and cellular responses to SARS-CoV-2 infection is required to complement these findings.

medRxiv publishes preliminary scientific reports that are not peer-reviewed and, therefore, should not be regarded as conclusive, guide clinical practice/health-related behavior, or treated as established information.

‘The Resident’ Forces Billie to Confront Her Past (RECAP) | Entertainment News