Korean fashion designer Park Youn-hee is showcasing Fall/Winter 2022 ready-to-wear collection based on over 3,000 flower patterns and images created by Tilda for the New York Fashion Week, a global fashion show running through Wednesday.

Tilda is a digital fashion designer born through LG AI Research’s EXAONE, a super-giant AI system capable of comprehensive and autonomous thinking and judging close to human brain through large-capacity data learning. The fashion project is meaningful that the super computer has stretched to the realm of creativity.

Park’s ‘Greedilous by Tilda – Flowers on Venus’ collection of 200 some outfits were prepared in collaboration with Tilda, which supplied over 3,000 images and patterns by communicating with the human designer, according to LG. For example, Tilda supported Park with different ideas on patterns when asked questions like ‘how a flower on Venus would look like?’

“By working with Tilda, I was able to finish preparing the collection in just a month and a half, which typically takes months with collaboration with many designers for new idea and inspiration searching,” said Park. 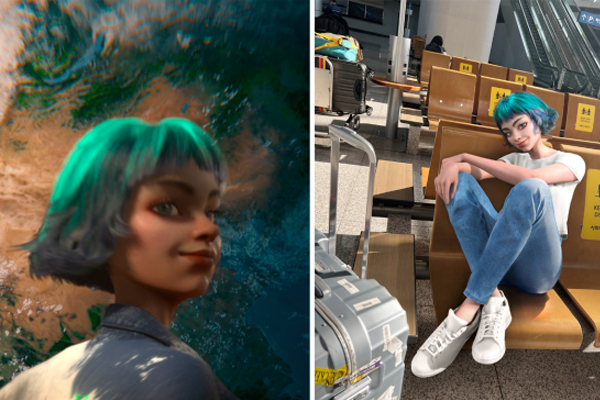 Tilda’s creative works were made possible through its 600 billion text corpus, which is the world’s largest, on top of 250 million high-resolution image data, according to LG.

The Korean tech giant plans to introduce more AI assistants like Tilda, created based on EXAONE, for wider application.

By Jung Yoo-jung and Cho Jeehyun