Will Tottenham turn a corner in the quest for Champions League qualification and is a reboot needed?

Antonio Conte warned it will be “impossible” to qualify for the top four if results and performances do not improve quickly after Spurs stretched their losing Premier League run to three games in a row with a 2-0 defeat to Wolves.

An unbeaten nine-game run following his arrival heightened expectations in January before defeats to Chelsea, Southampton and Wolves left Conte calling for those expectations to be lowered after they slipped five points behind forth-placed West Ham.

The head coach is all too aware of factors he needs to address and, while he lauded his players’ “commitment”, stressed that alone “is not enough if we want to be competitive.”

‘Quality, not commitment, the problem for Conte’

He is not giving off the best vibes right now, is he, and I think that will be a worry for any Spurs supporter. It was such a coup for them to get him to the club, but this just isn’t what he’s accustomed to at all.

This is a manager who challenges for league titles. He obviously came to Spurs knowing he would not be doing that – at least not this season – but he could never have anticipated they would be eighth at this point in the season and the issues we are seeing are just completely alien to him.

I was at the Southampton game and he was very careful to say he is not questioning the commitment of his players and he’s getting maximum commitment. The problem is just a lack of quality.

He clearly sees a real lack of quality and the question is how much backing he is going to get in the summer.

How much he feels he needs to turn this squad into a unit that he can really work with and make progress with is the real question.

Spurs are not huge spenders – they are not going to plough into the transfer market with £250m, so it’s a tough one.

Can he get more out of this group of players as they are? At the moment it does not seem like he feels confident in that.

You look to the summer and how much surgery he is actually going to be able to do on this squad, and it starts to look like a really tough task for him. 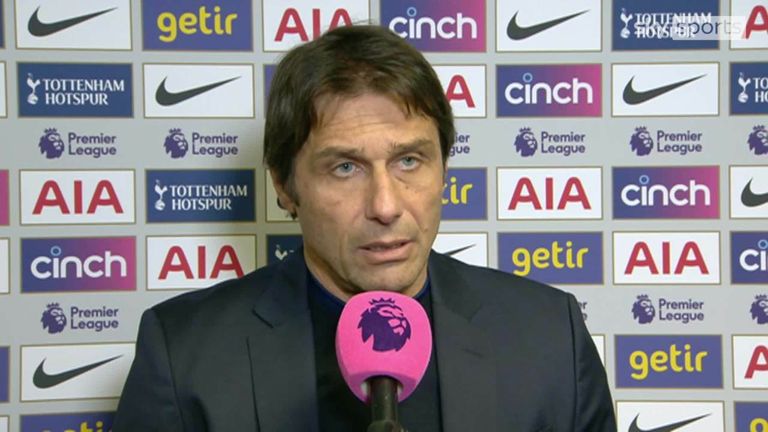 Antonio Conte reflects on his Tottenham sides 2-0 loss to Wolves and says things must improve after Spurs lost their third consecutive game in the Premier League.

It’s hard to just snap out of these defensive issues. It takes a lot of hard work on the training ground, for a team to make those improvements.

We just look at Manchester United and the same issues there. It’s a difficult one for Spurs because Conte was such a huge appointment for them and it felt like a real big moment for Tottenham but it just hasn’t really translated onto the pitch.

In January they missed out on a few targets. That would not have pleased Conte.

It is a case of them just making the best of what they have got and how they go about it in the summer. 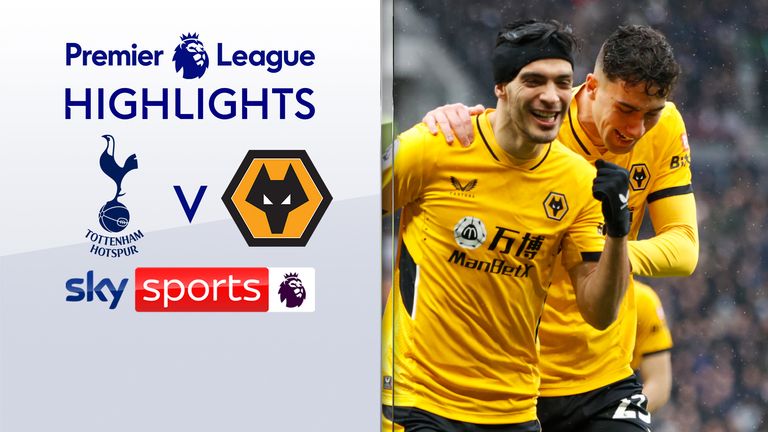 FREE TO WATCH: Highlights from Wolves’ win at Tottenham in the Premier League.

‘Is it time for a reboot at Spurs?’

It is like a lot of these clubs – it seems like it needs a reboot as well.

If we look at Arsenal, it’s something they did last summer. They basically just started again. While they’re not the finished product by a long stretch of the imagination, there is still a huge amount for Arsenal to do to get to the level they want to be at.

But I think that clean slate has really helped Arsenal lower expectations, in a way. It’s got the fans on side and it feels like the fans and the team are really building together. Maybe that’s something Tottenham can look at.

Maybe it’s time for them to make a reboot and really choose a path that they need to go on.

They’ve got some excellent players, obviously, but is it time for a reboot at Spurs? Is Conte the man to do that?

It is not something he has done a lot of in the past – he comes in and turns teams into title contenders and that is the position he deals at in the league.

It is going to be something out of his comfort zone if that is the way they go.

PART ONE | After Liverpool make it six wins in a row in all competitions to move back to within nine points of leaders Manchester City, we assess the Reds’ title aspirations and explore where Pep Guardiola’s side could lose points to hand Jurgen Klopp’s men a possible advantage.

PART TWO | The door is wide open in the top-four battle after Manchester United and West Ham drop points, while Tottenham’s ragged display against Wolves leaves a lot to be desired and their Champions League chances flailing. So, who could bag that all-important fourth spot?

PART THREE | And after the bottom three sides all lose to allow Newcastle to pull clear of the drop zone, is the relegation picture any clearer? We’ll discuss how Burnley, Watford and Norwich can attempt to drag those around them into a battle at the bottom.

Tiger Woods to play in the PNC Championship with his son, live on Sky Sports in December | Golf News