The Tall Blacks will be back on court for the first time in year when they head to the Philippines next week for the FIBA Basketball World Cup Asian Qualifiers. 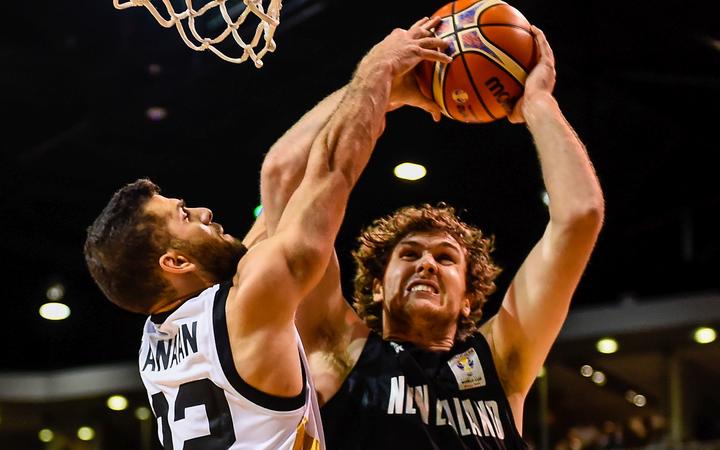 New Zealand are one of 16 nations vying for Asia and Oceania’s seven spots in the 2023 world cup.

The Asian qualifiers are held during six windows across the first and second rounds, with next week’s qualifiers being held from 21 February to 1 March.

The 27th-ranked Tall Blacks will face the Philippines (33rd), Korea (30th) and India (80th) in Group A in the Cubao area of Quezon City, in a secure bubble environment.

At the end of the first round, the top three teams from each group will advance to the second round of the Asian Qualifiers, with all teams carrying over their first round results.

An initial roster of 21 players have been named, with 14 of these players set to travel from either New Zealand or Australia into Manila on 21 February.

They will be joined in the bubble by head coach Pero Cameron and assistant coaches Trent Adam and Daryl Cartwright.

“This is our first Tall Blacks game since facing the Australian Boomers in February last year, which itself was organised after the FIBA Asia Cup Qualifying event – scheduled to played in the Philippines in Feburary 2021 – was cancelled due to Covid-19,” King said.

“Now that the travel ban imposed by the Philippines Government has been lifted, combined with the recent changes to New Zealand’s travel restrictions, we’re able to send a competitive Tall Blacks team to this tournament.”

King is confident that they’ll be taking a balanced squad into the bubble, with a focus both on winning all four games and gaining some international experience.

“We’ve got experienced Tall Blacks in the squad mixed with some up-and-coming players; I see this as a great chance for some of our younger athletes to gain international experience and to prove themselves on the big stage.

“And because our first round results carry over into the next round, every game matters – so we’ll be looking to win all our games to help build that momentum leading up to next year’s World Cup.”

King said plans are in place to protect players and staff as they travel to – and stay in – the Philippines for the duration of the event.

“FIBA has put in place a high-level set of Covid protocols for all teams in this bubble, so we’re confident that every precaution will be taken – which is important as we value the health and safety of our athletes and staff.”