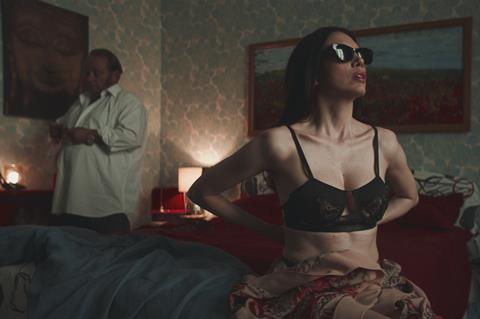 The feature, sold internationally by Paris-based Wild Bunch International (WBI), will stream exclusively on Shudder in these territories this autumn. The Rome-set thriller starring Ilenia Pastorelli, Andrea Zhang and daughter Asia Argento is the first feature from genre maestro Argento in a decade.

Pastorelli stars as a prostitute who loses her sight in a car crash as she tries to flee a crazed serial killer but finds an ally in a young Chinese boy whose life has also been altered forever by the accident. Together the pair try to stay one step ahead of the killer.

“Argento is an undisputed master of the genre, responsible for some of the greatest horror films ever made. There are few words I’ve been more excited to say than these: ‘Shudder will be the home of Dario Argento’s new film,’” said Shudder general manager Craig Engler. ”We are beyond thrilled to bring Dark Glasses to our members around the world.”

In the rest of the world, it has been acquired for Israel (Lev Cinemas) and Japan (Longride). Other territories on the verge of closing include Latin America and Spain.

Emily Gotto, VP of global acquisitions and co-productions, negotiated the Shudder deal with WBI head of sales Eva Diederix on behalf of the filmmakers.