By By Holly Thorpe, Belinda Wheaton and Nick Maitland* of

Comment – The stereotype of action sports as the domain of the young and the cool is long out of date. The demographics of these sports – surfing, skateboarding, snowboarding, climbing, mountain biking – have been expanding to include more girls and women, queer and non-binary people and older participants. 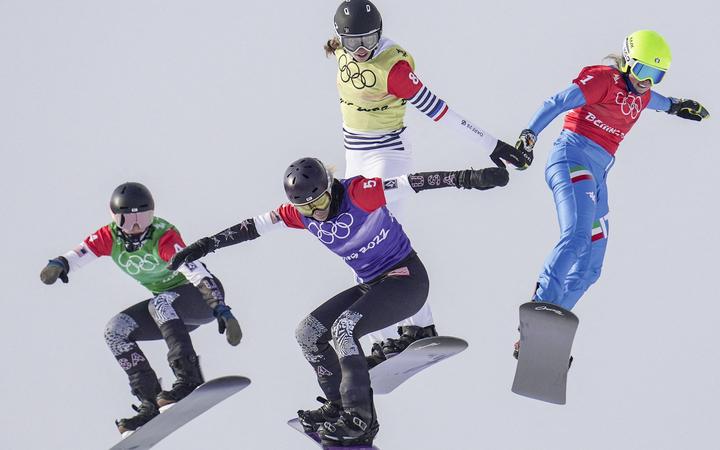 These demographic and cultural shifts have been highlighted recently by the remarkable achievements and career highlights of some of these sports’ greatest exponents.

This was Slater’s 56th career victory, on top of 11 world titles won over three decades of elite-level surfing. Having claimed his first world title at 20, he routinely competes against athletes three decades his junior.

A few days later, US snowboarder Lindsey Jacobellis – at her fourth Winter Olympics – won the snowboard cross gold medal at the age of 36. Jacobellis was publicly criticised at the 2006 Winter Olympics for falling and losing the lead after a celebratory manoeuvre on the penultimate jump in a speed event – infamously known as the “Lindsey Leap”.

Gold continued to elude her at subsequent Olympics, but Jacobellis overcame a series of psychological challenges to make the comeback of her career in Beijing. 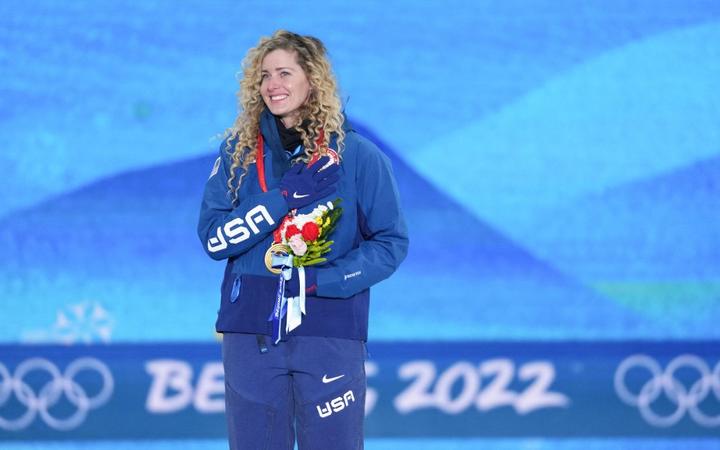 Meanwhile, the world’s most famous snowboarder, Shaun White, competed in the Beijing halfpipe finals at the age of 35 at his fifth Olympics. He won his first Olympic gold aged 19 in Torino in 2006, and again in Vancouver in 2010 and PyeongChang in 2018. More than 15 years after his first Olympic appearance, White finished just outside the medals but wowed audiences with his huge airs and timeless style.

The greying of action sports

Longevity in elite sporting careers can be attributed to advances in training techniques, nutrition and sport science. But the unique cultures and communities of action sports are also important factors.

The action sports industry began noting a trend towards “greying” participants over a decade ago. Those who took up action sports as teenagers in the 1970s and 1980s are still active today. Many have taught their children and grandchildren, sharing these sporting cultures with their families.

Researchers have referred to these activities as “lifestyle sports” because of their central organising role in people’s lives; their jobs, holidays and consumption revolve around their passion for these sports. The rise of the “silver surfer”, middle-aged snowboarder and older skateboarder is well documented.

With older participants identified as a new niche market, new product lines were developed to target their needs. Many action sport brands proudly include “legends” and “veterans” in their professional teams.

Cultural commitment is highly valued, demonstrating a lifetime of dedication to the sport. Many older action sport participants also give back to the community in a range of ways, from organising events and fund-raising to creating nonprofits to expand opportunities for others. 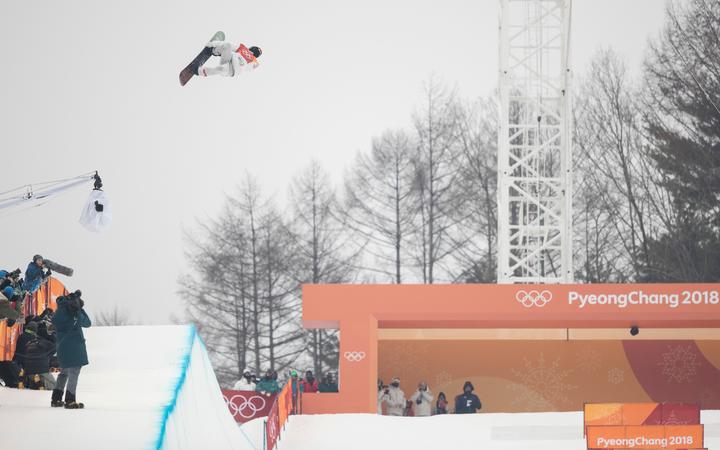 In many traditional organised sports, elite athletes are dropped from teams when they’re injured or simply considered too old. Research has consistently shown the psychological challenges experienced by athletes retiring from competitive sports.

They can experience “identity loss”, as well as physical changes, which can lead to depression, anxiety and even suicide.

By contrast, action sports athletes rarely retire in the conventional sense. Even if they stop competing at the elite level, they typically remain committed to the sport they love because of the pleasure and enjoyment it brings.

Furthermore, the sense of community and identity these sports offer remains important throughout the lives of many passionate participants.

This obvious camaraderie has intrigued Olympic audiences. Witness the women in the park skateboarding event at the Tokyo Olympics singing, dancing and hugging one another throughout the competition. Or fellow competitors mobbing and hugging Zoi Sadowski-Synnott after she won gold in the women’s slopestyle final last week. 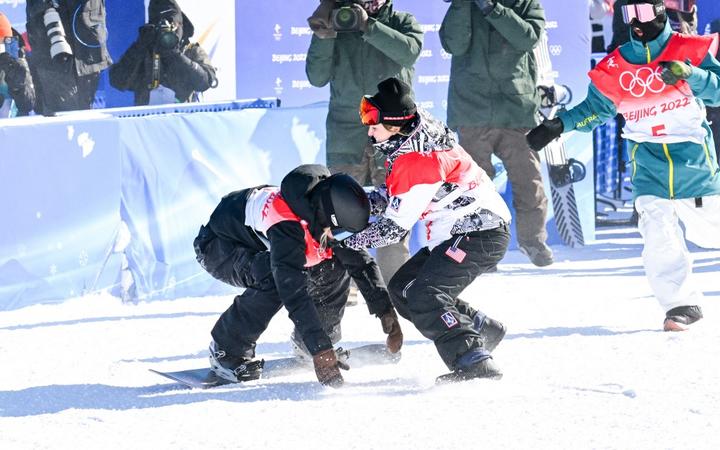 New Zealand’s Zoi Sadowski-Synnott is embraced by silver medallist Julia Marino of the US.
Photo: AFP

These displays of collegiality and shared joy stand in start contrast to most Olympic sports, which pit nation against nation. Within action sport subcultures, however, the behaviour is accepted as normal. To see a peer persevering and progressing is worthy of celebration.

The transnational community in action sports distinguishes them from many traditional organised sports, which tend to be nationally based and focused on defeating the opponent, another country.

While action sports have become increasingly professionalised and the athletes are serious about their careers, they are also part of a community that values progression, self-expression and friendship. Individual and national competitive values are relatively new, driven by such things as inclusion in the Olympics.

These underpinning values of community, friendship and fun help explain why athletes like Slater, Jacobellis and White continue to train and compete. They’re still there decades later because they love it.

Lessons to be learned

As pioneers of the sport, they continue to influence and reshape expectations of what is possible and inspire others to continue, regardless of age.

As sport, health and educational organisations around the world seek new strategies and policies to encourage lifelong physical activity, much can be learned from these inter-generational action sports communities, where fun and friendship continue to inspire participants throughout their lives. 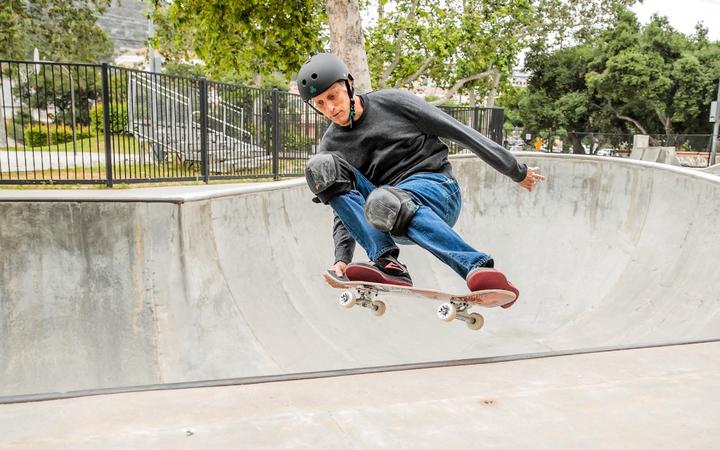 Chris Eubank Jr has no plans to miss Christmas dinner in training for Liam Smith, who vows to use lessons from Canelo Alvarez loss | Boxing News

Chris Eubank Jr has no plans to miss Christmas dinner in training for Liam Smith, who vows to use lessons from Canelo Alvarez loss | Boxing News

FIFA World Cup News Live Updates: Belgium knocked out of the world cup in group stage after a 0-0 draw against Croatia