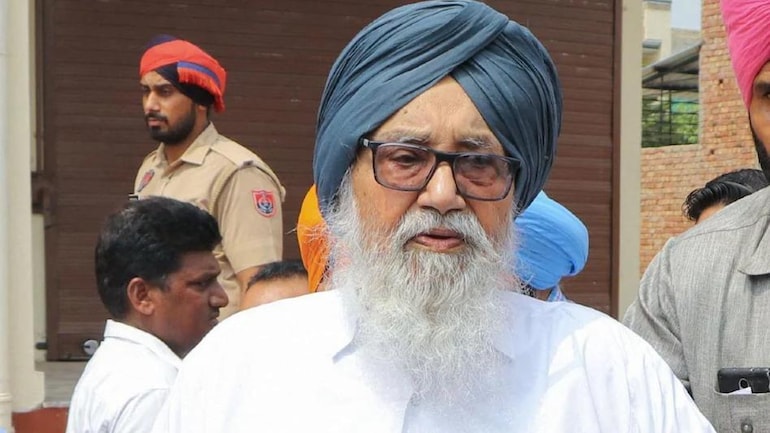 Former Punjab Chief Minister and veteran Shiromani Akali Dal leader Parkash Singh Badal was shifted from Muktsar district to Fortis Hospital in Mohali after his health suddenly deteriorated on Saturday. He was experiencing chest congestion and his condition is stable at present.

In January, he had tested positive for Covid-19 and was admitted to Ludhiana’s Dayanand Medical College and Hospital (DMCH). He recovered from the illness shortly thereafter.

The 94-year-old Akali Dal patron has filed his nomination for the upcoming Punjab Assembly election from Lambi constituency. He is the country’s oldest candidate to fight elections.

Voting for Punjab’s 117 Assembly seats will be held on February 20 and the counting will take place on March 10.

Click here for IndiaToday.in’s complete coverage of the coronavirus pandemic.