Alia Bhatt is all over the internet ever since the trailer of her upcoming movie ‘Gangubai Kathiawadi’ has released. Fans and her friends from the industry have been continuously praising her for the incredible portrayal in Sanjay Leela Bhansali’s directorial.

Amid all this, Alia’s boyfriend and Bollywood heartthrob Ranbir Kapoor also reacted to the trailer in the Gangubai style. After the trailer was launched, Kapoor was spotted outside, when the paparazzi asked him about the trailer, he simply just copied Gangubai’s signature pose from the upcoming film.

Ranbir’s sweet gesture quickly went viral. Later, Alia also reacted to the viral moment. Taking to her Instagram story, Bhatt shared a picture, featuring both of them doing a namaste pose from the film as their backs are towards the camera. On the image, she wrote: “Best Boyfriend Ever”. 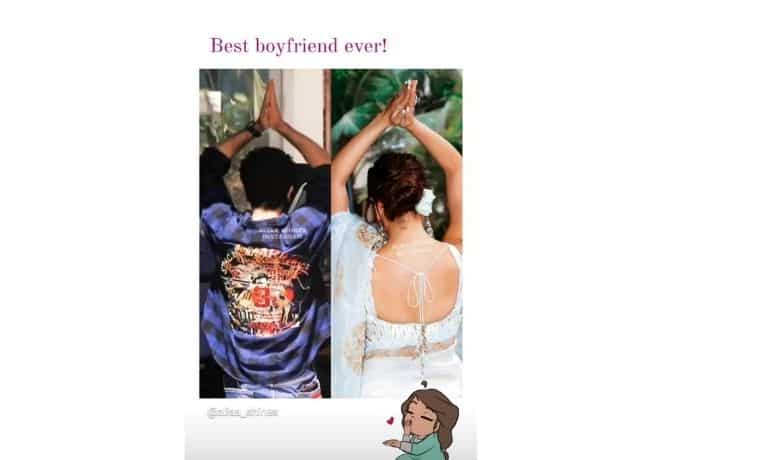 Sanjay Leela Bhansali’s period drama first trailer was released on February 4 and shows Alia as mafia queen Gangubai, the feisty and free-spirited queen of the brothel who bows down to no one.

The three-minute trailer is all about Gangu’s rise to power – from a teen girl of Bombay’s Kamathipura to the Queen. The clip shows Gangubhai, who’s trying to venture into politics with a motive to uplift the life of Kamathipura’s women and children. The trailer also gives a glimpse of her past life and also give the first glimpse of Vijay Raaz and Jim Sarbh characters, who are playing a key role in the movie. The trailer also shows Ajay Devgn as Karim Lala.

From her breathtaking looks to her powerful stance, Bhatt is impressive as a mafia queen in the intriguing trailer.