By Joe Bernstein for The Mail on Sunday

Liverpool have made a direct appeal to Sadio Mane not to risk his health by playing in Senegal’s Africa Cup of Nations quarter-final against Equatorial Guinea on Sunday night.

Mane was knocked out during his country’s previous game with Cape Verde on Tuesday after a collision with opposition goalkeeper Vozinha.

He was later substituted and reportedly taken to hospital complaining of dizziness having initially stayed on the pitch and scored in a 2-0 win. 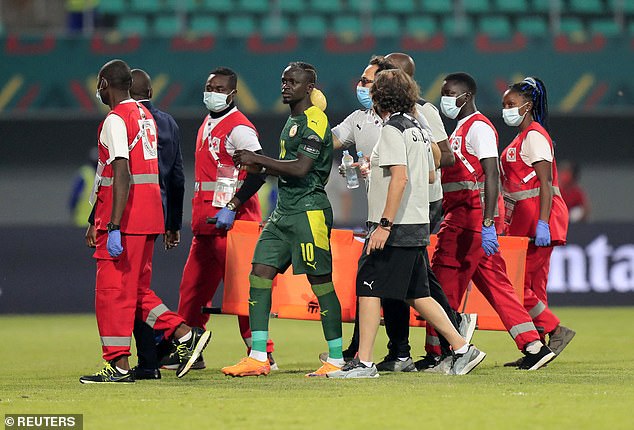 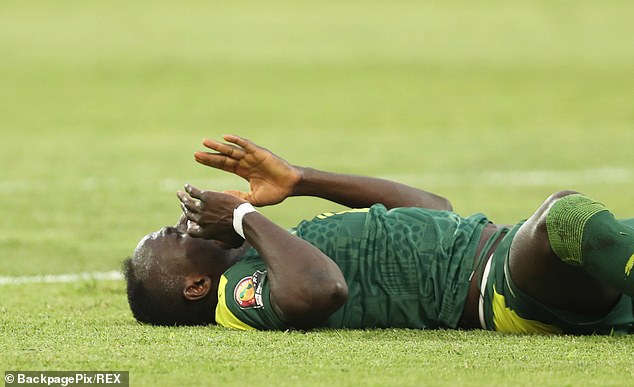 Premier League protocols would mean the star forward automatically missing the next game but Mane posted a picture of himself on an exercise bike and took part in training on Saturday, leading to concerns he may be selected.

Liverpool have contacted the 29-year-old and the Senegalese authorities to make their stance clear but don’t have the power to dictate Mane’s availability.

Senegal team doctor Abdourahmane Fdior has also insisted there was no concussion. In a statement, he said: ‘All symptoms he had on the pitch are gone. Everything is normal on the X-ray.’ 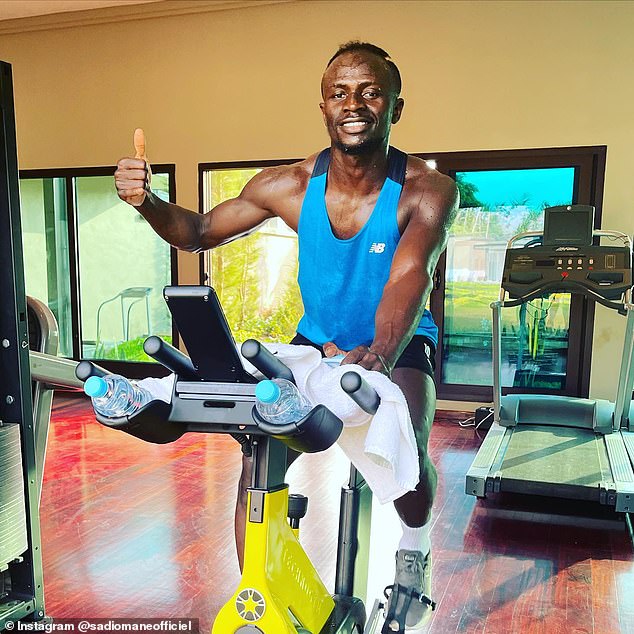 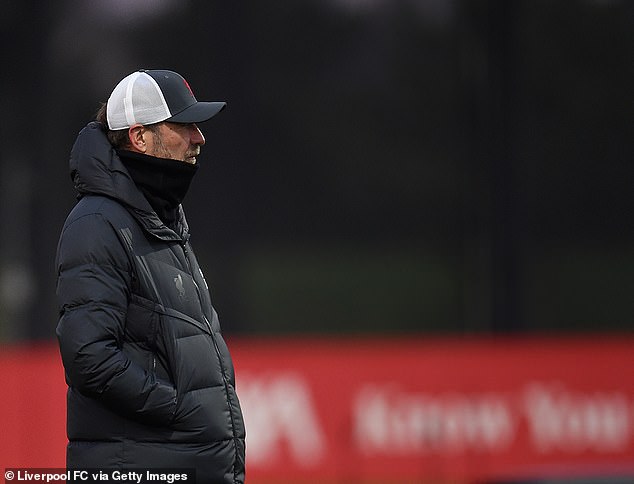 Brain injury charity Headway have accused Senegal of putting results before a key player’s health, and demanded FIFA show leadership on the issue by intervening.

Hosts Cameroon were the first team into the semi-finals, Karl Toko Ekambi scoring both goals as they beat Gambia 2-0.