A growing popular perception is that in today’s politics, courtesy means weakness. If you don’t believe in courtesy, then you are seen as an aggressive and smart politician. This means that the old values of courtesy among politicians are not as important now as they once were.

Suvendu Adhikari, Leader of Opposition in the West Bengal Assembly, has said that he was not invited to the state government’s Republic Day function held at Red Road in Kolkata on Wednesday. This, says Adhikari, goes against the basic idea of courtesy extended to the opposition.

However, Governor Jagdeep Dhankhar was present at the parade despite the fact that he has been taking to Twitter almost every day to criticise the West Bengal government and even CM Mamata Banerjee.

Interestingly, the TMC has held that Governor Dhankhar’s tweets and regular outbursts against the elected government in West Bengal actually go against the principles of political courtesy. But he was still invited to the Republic Day parade as the state’s constitutional head.

The opposition, on the other hand, is up in arms against the state government over the Republic Day event.

Congress MP Adhir Ranjan Chowdhury held a press conference on Thursday and told reporters that he was not even invited to the R-Day parade on Red Road. Chowdhury is the Leader of Opposition in the Lok Sabha.

Many in the West Bengal government said that there was a massive reduction in the number of guests owing to the Covid-19 pandemic. In fact, even several state ministers were missing from the guest list.

Responding to Adhir Ranjan Chowdhury’s remarks, TMC leaders say MPs from West Bengal are not invited to the state government’s January 26 event since they usually prefer to attend the parade in New Delhi. In fact, Chowdhury did mention that he received an invitation to attend the R-Day parade in the national capital.

Trinamool Congress MPs, on the other hand, say they never received any invitation for the January 26 parade held in New Delhi. The question now arises – which of these actions goes against basic courtesy?

But this is an interesting twist in West Bengal politics, with both the BJP and Congress accusing the state government of failing to show basic courtesy.

Before Mamata Banerjee was CM

There was also a time when courtesy played a very important role in West Bengal’s politics.

Before she came to power in 2011, Mamata Banerjee was accused by the CPM of violating courtesy by attacking the then chief minister Jyoti Basu. She then surprised many by visiting Basu on his birthday, touching his feet and giving him a shawl and flowers.

The sudden move, however, led to a major uproar within the Left front, with the CPM accusing Mamata Banerjee of playing politics in the garb of courtesy. 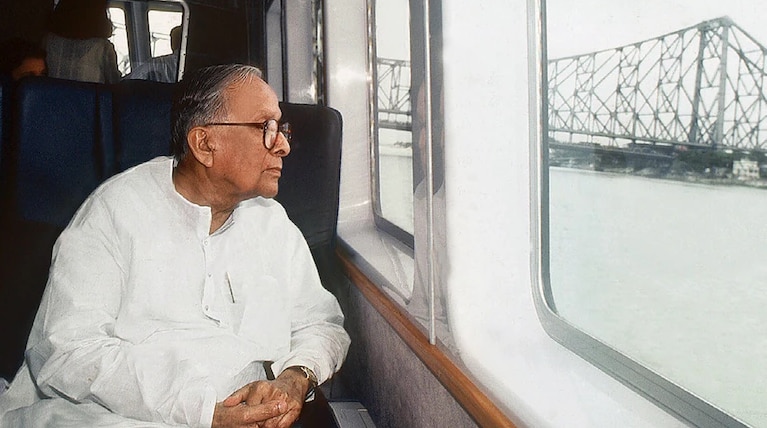 It is important to note that Mamata Banerjee and Jyoti Basu shared a good relationship until his demise in 2010. By that time, Mamata Banerjee had entered into a political tussle with his successor Buddhadeb Bhattacharya.

Therefore, it would not be unfair to say that the space between courtesy and politics lies in a grey area.

Thin line between courtesy and politics

One incident that highlights this grey area best is an exchange between the then Prime Minister Jawaharlal Nehru and P Sundarayya, the first parliamentary party leader of the Communist Party in India.

During a debate in Parliament, Sundarayya reportedly used abusive words against Nehru. This was over a news report about Lady Mountbatten’s planned visit to India. Sundarayya, referring to the news report, said there was no reason for Lady Mountbatten to visit India after Independence apart from Nehru.

The Communist leader’s remarks greatly upset Nehru and even led to an uproar in Parliament owing to rumours about the nature of the relationship between the then prime minister and Lady Mountbatten.

The very next day, Nehru invited Sundarayya for a cup of tea at his residence in New Delhi. It was the then Vice President and Rajya Sabha chairman Sarvepalli Radhakrishnan who extended the invitation.

In his autobiography, Sundarayya writes that he was in a dilemma when Nehru invited him for tea. He asked his wife whether he should take up the offer and she told him that he should visit the Prime Minister and not confuse courtesy with politics.

The incident also finds mention in the autobiography of P Sundarayya’s wife.

While this is just one such incident that highlights the thin line between courtesy and politics, there are several others like it.

One recent example of how this line can get blurred is the controversy over former West Bengal CM Buddhadeb Bhattacharya refusing the Padma Bhushan. Many in the Communist Party think the award was extended by the central government not as a courtesy but rather as a political move. This could be one of the reasons why Bhattacharya turned down the award.

But what these incidents show is that when it comes to courtesy and politics, the ‘Laxman Rekha’ is not as clear as it seems. However, it is hard to argue with the principle that courtesy should not be compromised at the altar of politics.