Manchester United’s Zidane Iqbal and Wycombe’s Ali Al-Hamadi have been called up to the Iraq squad for the World Cup qualifiers away in Iran and Lebanon.

Iqbal has previously captained and scored for the country’s U23s team and Iraqi football chiefs have been keen to secure the teenager’s services at full international level since last year.

Sky Sports News last week revealed Iraq were set to follow up on that by drafting the 18-year-old into their squad for their forthcoming World Cup qualifiers, with Iqbal joined by Wycombe forward Ali Al-Hamadi as the only other English-based player.

#MUFC have named Zidane Iqbal on the bench for their #UCL game against Young Boys, making him the first British South Asian to be in a squad at the club.

Iqbal is born and bred in Manchester and is eligible to represent England, Iraq and Pakistan at international but has never been called up to attend an England age-group training camp. 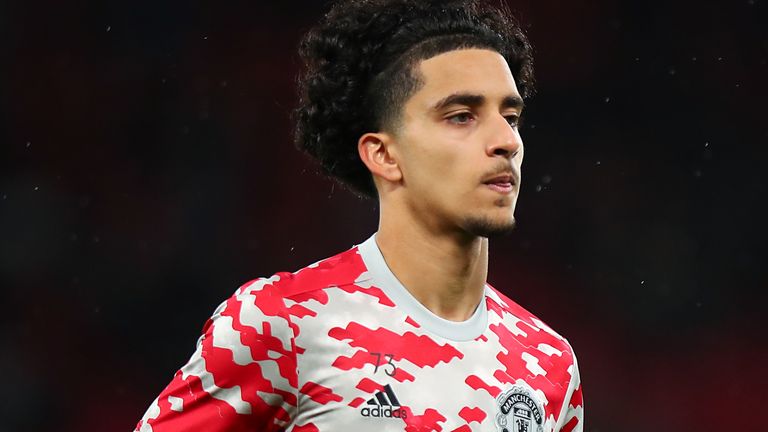 The teenager made history last month when he appeared in the Champions League game against Young Boys to become the first British South Asian to play for Manchester United. Iqbal came on in the closing stages of the Group F encounter, replacing England international Jesse Lingard as a late substitute.

He will now prepare for an international debut with a difference as he gets ready to represent Iraq away from home against a well-fancied Iran side at Tehran’s Azadi Stadium on Thursday.

Iraq and Iran have a complicated history with a football rivalry dating back 60 years when the two teams played out a 1-1 draw in Tehran in 1962. The two sides have met on 30 previous occasions, with Iran winning 17 and Iraq winning six, with seven draws. 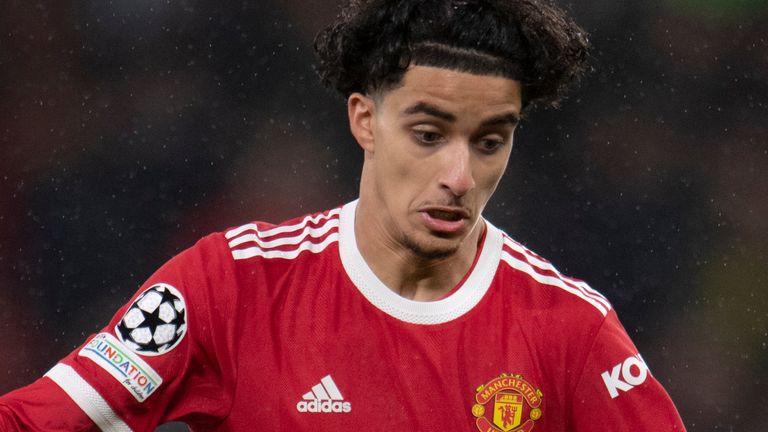 Iqbal paid tribute to his friends, family and coaches on social media after becoming the first British South Asian footballer in United’s history

Iran won the reverse fixture between the two sides 3-0 last September in a match that was played on neutral ground in Qatar at Doha’s Khalifa International Stadium, which will host matches at the World Cup later this year.

After their clash with Iran, Iraq travel to play Lebanon at the Saida Stadium in the country’s third-largest city Sidon on February 1.

Blackburn Rovers new signing Dilan Markanday may not play again this season after a serious hamstring injury picked up in the 2-0 loss at Hull last week.

Not the result we wanted the other night, but delighted to make my debut for @rovers . Absolutely gutted to be out of action for a while but will do everything I can to be back better than ever! ⚪️🔵 pic.twitter.com/MyUreUdyET

Markanday became the first British South Asian in the club’s 147-year history when he came on as a substitute at the MKM Stadium for his first taste of senior league football, 36 hours after joining Rovers on a three-and-a-half-year deal from Tottenham.

“The disappointing news is that Dilan picked up a hamstring injury in the 20 minutes he was on the pitch at Hull,” Rovers boss Tony Mowbray said.

“It looks a pretty severe one and, without putting a timescale on it, he has a pretty bad hamstring injury that will keep him out for more than a couple of weeks. It’s a huge blow for both Dilan and us.

🗣️ “The level is so much higher than when I left England. It’s so much faster, it’s much more technical.”

Millie Chandarana talks about how much the women’s game England has improved after returning from Italy to Blackburn Rovers where she made her senior debut as a 17-year-old.

“It’s really hard, especially considering this is the first move away from his family and the club he’d been at since he was nine. To make that move and then to find out you’ll be out of action for a considerable amount of time, it’s so disappointing

“We’ll be there for Dilan and will support him through this time and everything will be done professionally to look after him. He’s in safe hands.

“He’s a loss for us because we felt he would really have an impact with us for the second part of the season.”

For more stories, features and videos, visit our groundbreaking South Asians in Football page on skysports.com and stay tuned to Sky Sports News and our Sky Sports digital platforms.

How Does AIDS Affect Our Health & How To Prevent It

How Does AIDS Affect Our Health & How To Prevent It