Analysts have warned of the risk of electricity blackouts in Europe if average temperatures fall.

Experts at the US investment bank Goldman Sachs said that while the region currently looked set to have enough gas stored up for the winter, increased demand brought on by a colder snap could see levels fall below record lows seen in 2018.

In that case “electricity blackouts (are) likely,” the analysts said. 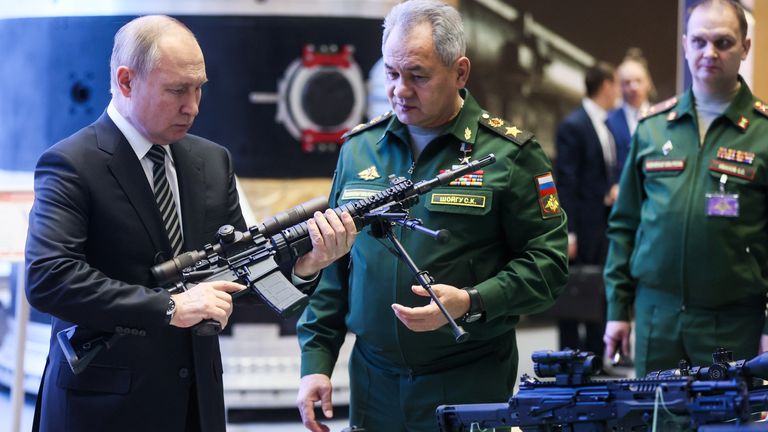 Russia to ‘install leader’ in Ukraine

They also said that even if Russia ramps up its supplies to the region, gas prices for northwest Europe could hit double their normal level.

However some officials reportedly fear that Russia, which provides 35% of gas for the region, could weaponise those supplies in the event of a conflict in Ukraine.

The Goldman analysts pointed out that the current supply situation would make it hard for Europe to impose sanctions in the event of a conflict.

They said “the current tightness in European gas balances would disincentivise the EU from blocking any existing gas flows from Russia”.

If sanctions were placed on gas it could mean gas prices reaching “even higher levels” than the record set in the middle of last month, they added.

The UK would relies on Russia for only 3% of its supply but would still be affected as prices rise.

Why are your bills going up?

That could add to pressure on household bills that have already risen sharply and are likely to go up further in April.

Analysts think the energy price cap set by Ofgem and affecting millions of households on variable tariffs could go up by 50%.

That would add to the cost of living squeeze which has seen inflation rise to its highest level since 1992.